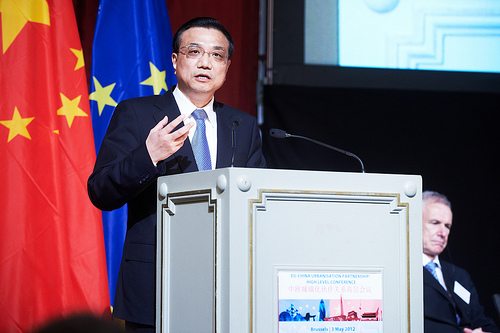 Chinese premier Li Keqiang has said that the country will begin allowing private capital to be invested in renewable energy and environmental protection as part of a plan to reduce pollution and boost the clean energy sector.

Speaking at the China Council for International Co-operation on Environment and Development in Beijing, Li told foreign members of the council that his country was planning to welcome large investment in the environmental and energy sector.

So far, overseas investors could have limited stakes in clean energy projects, but Li said China’s energy market was in need of a boost.

“We encourage private capital to enter the field. We also hope China’s energy conservation and environmental protection products will enter the overseas market, and we will open the industry to the international market”, he added.

Foreign capital would also increase China’s efforts to tackle urban pollution and improve the quality of life within cities, as well as making the country more competitive in the energy sector. Li said that energy efficiency and environmental protection could become crucial sectors for economic growth.

The Chinese minister of environmental protection added that tackling pollution would be the government’s priority over the next five years.

Peter Kent, executive chair of the council for international co-operation and former minister of the environment in Canada, said that the international community will co-operate to push China towards a more sustainable future.

Despite having invested in wind farms and solar projects, China still relies heavily on coal and other imported fossil fuels. However, increasing health problems related to pollution are making the country reconsider its energy usage.