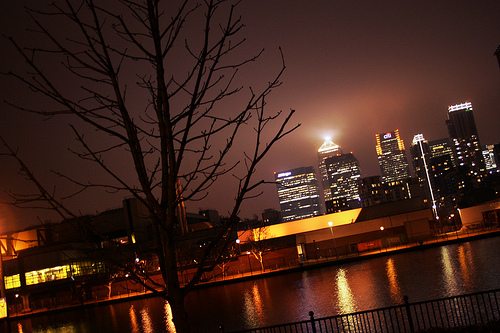 Clare Brook of WHEB Asset Management ponders whether our efforts to prevent the worst impacts of climate change are too late.

It’s a strange aspect of human nature that even though we are reasonably adept at predicting the future, time and again in history, we will drift into a crisis, semi-conscious that this is what we are doing, and yet apparently unprepared to take any action. A classic example was the financial crisis of 2008, which in fact was looming for years as governments and individuals took on more and more debt without properly calculating the consequences.

As early as 2005, warning voices were sounding loudly in the US, with people like Robert Shiller talking about a housing bubble and publishing Irrational Exuberance where he predicted a worldwide recession when that bubble collapsed. Others were raising concerns about sub-prime lending practices. By 2006/07 the warnings became much clearer for anyone watching financial markets closely.

When the financial crisis began to unfold, people likened it to other times in history when the human race had walked blithely into self-induced catastrophe. Larry Elliott, the Guardian’s economics editor, said, “As far as the financial markets are concerned, August 9, 2007, has all the resonance of August 4, 1914. It marks the cut-off point between ‘an Edwardian summer’ of prosperity and tranquility and the trench warfare of the credit crunch – the failed banks, the petrified markets, the property markets blown to pieces by a shortage of credit.”

August 9, 2007, was the date in which BNP Paribas, France’s largest bank, admitted that it had no way of valuing its sub-prime loans.

In retrospect, it took a surprisingly long time for events to unravel from that moment.  On September 14, 2007, there were panic-struck queues round Northern Rock, but it was a whole year later before Lehman’s filed for bankruptcy and HBOS was bought by Lloyds TSB. It wasn’t until mid-October 2008 that the Dow fell 30%, and a further month before the G7 gathered and Gordon Brown announced that he had saved the world.

If we were to look back on the events that led to climate change becoming irreversible (from under tens of metres of water that had engulfed central London), it would be similarly obvious and frustrating that all the warning signs were there: the scientists had been predicting it for decades, multitudes of journalists had written about it; the Maldives had convened their parliament under water as a wake-up call to the world. Even the naysayers and more reactionary governments had come round to the view that climate change was a problem.

Yet no-one had really done anything.  Rio, Copenhagen and Rio again; Earth summits had come and gone, involving a lot of handwringing, but no resolutions. Presumably the relatively relaxed attitude of the human race is due to the fact that people think we still have time to save the world. Or because we have this habit of walking open-eyed into crises.

But as Winnie the Pooh so wisely says in The House at Pooh Corner, “They’re funny things, accidents.  You never have them until you’re having them.”