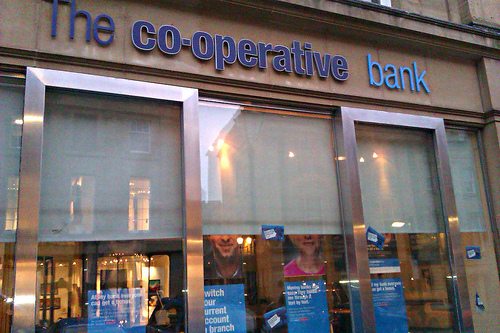 Peter Marks, former chief executive of the Co-operative Group, has told the Treasury select committee that the Co-op Bank can no longer be dubbed as ‘ethical’ following its takeover.

“Hedge funds are there to maximise profit, that’s what their sole purpose in life is. To be truly ethical you cannot do that”, he said.

The Co-op has bowed to demands from bondholders, led by two US hedge funds, to restructure the bank. The shake-up will leave the Co-op Group with a 30% stake.

“From a banking perspective, the ethical initiative doesn’t apply anymore”, added Marks. The restructuring may lead to a loss of customers who chose the Co-op Bank because of its ethical focus.

The lender came under pressure following the cost of compensating customers for mis-selling payment protection insurance (PPI), which will cost around £100m more than previously expected.

A deal to merge with Britannia Building Society in 2009 saw the Co-op Bank saddled with millions of pounds of bad debt.

Marks also said that mutuals will struggle to compete with banks in the future. He said, “I think it is going to be very difficult for a mutual to compete in the banking market the Co-op Bank was trying to compete in because it is high volume, low margin business.

“It is going to be difficult for mutuals to be really serious competitors in the retail banking market.”

A lack of competition within banking will limit the sectors growth and impact on the options available to consumers.

The Co-op Group has also announced that chairman Len Wardle will step down in May. He said, “The Co-operative is at its best when it is reforming and I want this change to continue.”