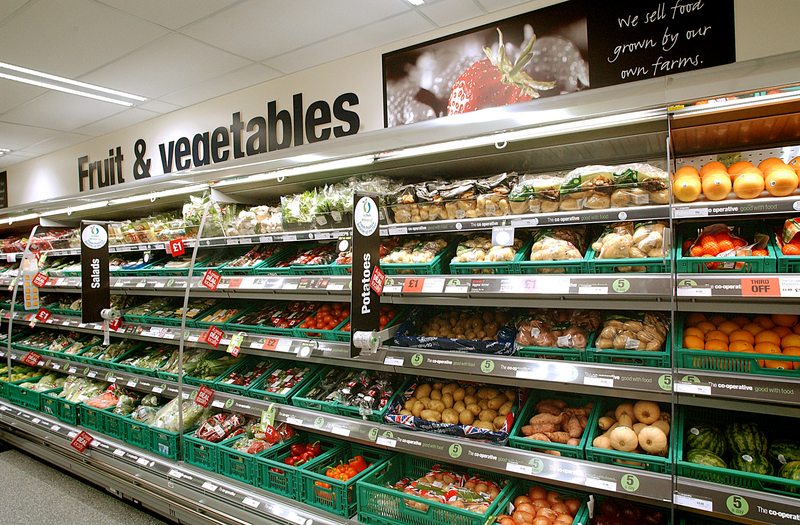 The Co-operative Group faces further criticisms for betraying its ethical values as details of its plans to sell farmland emerge. Reports also suggest that the group is considering ways to avoid putting additional money into the struggling Co-operative Bank.

It was announced in late February that the Co-operative was considering selling some aspects of its business after seeing a £2.5 billion loss for 2013. The group confirmed it was looking into offloading some of its farms and its pharmacy business as part of a wider strategic review.

It had been hoped that community groups would be able to buy individual plots of farmland, supporting the local economy and reducing emissions as a result. However, a letter seen by the Guardian reveals that all of the farms will go to a single buyer. Together, the 15 farms are expected to sell for over £140 million.

Campaigners and Co-operative members have criticised the decision, saying it could result in ethical farming ending in the areas sold and lead to foreign buyers purchasing the land.

Speaking to the newspaper, Jim Lee, a Co-operative member and activist, said, “Could it all have ended happily with people across the UK owning and running those farms? It could have been a good news story from the point of view of people who like co-operative and ethical farming. But it’s a very bad news story.”

Lee continued that members had not been consulted on the process of selling the farms and that a “small group is making decisions”.

“We used to have a reasonably good democracy in the group but that doesn’t seem to be happening any more,” he added.

The Telegraph also reports that the group will buy only some of the shares it can buy in the Co-operative Bank. The group currently has a 30% stake in the bank, following its recapitalisation deal after a black hole was discovered.

The group has already committed to putting more than £200 million into the bank this year and it is thought that it will now sell some of its options to avoid having to put more money into the bank.

The news follows the publication of an independent review carried out by Sir Christopher Kelly, which blamed the bank’s troubles on bad management and governance and a “culture of mediocrity”. Kelly concluded that the problems began in 2009 when the Co-op merged with the Britannia Building Society.

Lord Myners, who recently resigned from the Co-operative Group, is also set to publish a review looking at the governance structure of the group. The review, which is expected this month, is likely to argue that the group needs to strengthen its governance.