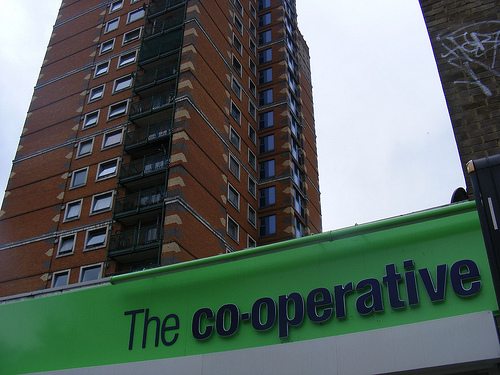 55% of those who voted have backed continuing subscription fees to Labour’s sister party, the Co-operative Party. With a potential electorate of 2.8m, the votes cast was just over 88,000.

The future of the Co-operative party was hanging in the balance on Saturday [link to previous story] as 2.8m members were asked whether the group should continue its £1m annual subscription fee to the party.

But members voted in favour of the motion to approve “political expenditures” with 48,579 (55%) for, to 39,479 (45%) against, a 10% margin. The motion was part of a number of proposed reforms put forward to overhaul the governance of the group after a series of scandals.

“Co-operative Group members voted to support this partnership, which has done so much to advance the co-operative cause and to extend and widen people’s ownership, decision-making and a share in the profits of businesses serving their communities.

“The Co-operative Party looks forward to working with the Co-operative Group’s board and new national members’ council to plan our future work together.”

The group has seen large losses in recent years after it came dangerously close to collapse in 2013. It saw £2.5bn in losses that same year along with an executive pay scandal, in which the CEO resigned, and a drugs scandal involving the chairman of its banking arm.

The vote came on Saturday, just after the General Secretary of the party Karin Christiansen told Blue & Green Tomorrow in an interview that it could begin to make a significant contribution to the revival of the British left, just a week after its sister party Labour had been disastrously defeated in the general election.