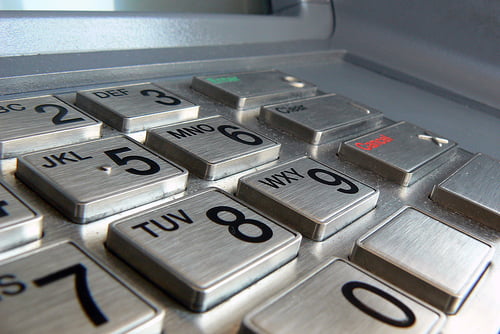 New research by consumer group Which? debunks the notion of ‘free’ banking – the reality being hundreds of pounds worth of yearly charges for many individuals.

The study reveals that some supposedly ‘free’ account holders are paying almost £1,000 a year for going overdrawn for two days a month without authorisation.

And Which? said that even those that have a set overdraft on their account will accrue substantial fees, with a number of mainstream banks charging a higher annual percentage rate (APR) – 19.9% – than many credit cards or personal loans.

According to the research, consumers will accumulate the highest charge for going overdrawn for two days a month with the Yorkshire/Clydesdale Bank Current Account Plus, which charges £75 a month, equating to £900 a year.

On the other end of the spectrum is the Halifax Reward Current Account, which charges £5 a day for dipping into an unauthorised overdraft, bringing the total bill at the end of the year to £120.

“When some people are paying up to £900 a year in bank charges it completely shatters the myth that banking is free”, said Peter Vicary-Smith, Which? chief executive.

“The suggestion that banks should increase charges to avoid more scandals defies logic and is a slap in the face for consumers who are being hit hard by one of the worst financial crises in recent times.

“It’s a disgrace that the very people who bailed out the banks are being asked to pay more for the most basic accounts, while the industry continues to be rocked by scandals like PPI mis-selling, Libor rate-rigging [Bob Diamonds are not forever] and IT failures.

“Banks must be far more transparent about their fees and charges so that people can clearly see what they already pay.”

The research was carried out in survey form with over 2,000 members of the general public in June and July this year. Sixty-two per cent of respondents confirmed that they had paid a bank charge that was in their mind “unfair, hidden or disproportionate”.

An overwhelming majority – 94% – called for greater transparency amongst banks.

The revelations uncovered by Which? make up just one of a number of reasons to switch to more ethical banks. Amidst the Libor scandal that came to light in July, ethical institutions received an extraordinary amount of interest, with many people opting to move their finances away from the banks involved.

Meanwhile, The Co-operative Bank – the leading ethical bank in the UK – recently announced that it would be taking on 4.8m Lloyds TSB customers, as it looked to place a strong challenge to the high street names.

Which? lays out a number of suggestions in order to make banking friendlier for consumers. These include greater transparency with accounts, so that comparison between a number of options is easy, as well as portable account numbers and a clampdown on high or complex overdraft charges.

Blue & Green Tomorrow’s next monthly guide is on the topic of sustainable, ethical and responsible banking. We’ll be speaking with a number of the leading lights in the UK industry and laying out the options for you to make the leap.