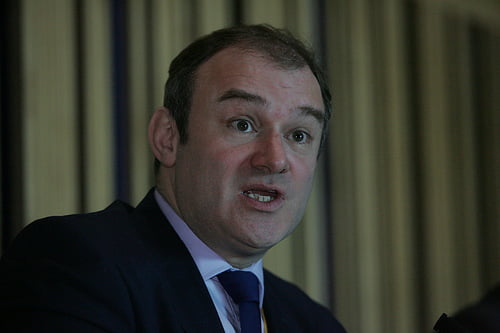 Speaking on the opening day of the Reuters Global Energy and Environment Summit, Davey said that we should be focusing on “moving towards outcome targets”, rather than setting further renewable energy goals.

“Carbon emissions should be the key target”, he said.

“While we think the renewables target for 2020 is a very good target and we believe we are on track to meet it, in terms of another renewables target, we have to think about what we are trying to achieve here.”

The UK currently has a carbon reduction target of 34% by 2020, from 1990 levels—14% more than the overarching EU benchmark, which currently stands at 20%.

However, a recent Blue & Green Tomorrow infographic showed that although we’re heading in the right direction, we’re still some way off meeting our renewable energy contribution target, which is 15% by 2020. As of 2010, just 3.3% of the UK’s energy came from clean sources—a 0.3% rise over 2009.

At the recent Clean Energy Ministerial in London, Davey urged the UK to ensure that investment in clean energy soars, saying, “Over the past few years, the global low-carbon sector has outshone the rest of the economy.”

Whilst in some cases, carbon reduction and an increased adoption of renewable energy go hand-in-hand; there are other ways in which Europe can decrease its emissions – such as becoming more energy efficient with its current fuel mix.

Therefore, by placing an emphasis on CO2 cuts, Davey is hoping to influence action at the roots of the problem.

B&GT’s recent report, The Rise of Renewable Energy, outlines the origins of clean power, whilst also going into depth about the current and future state of an industry that in the not-too-distant future should form the backbone of our economy.