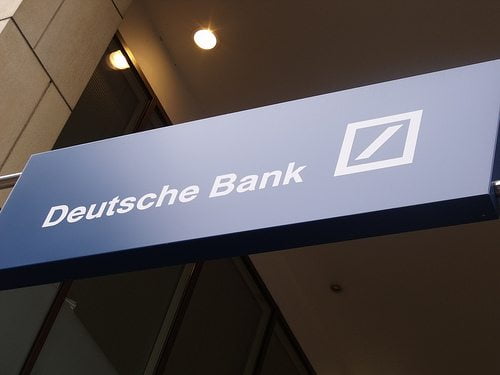 The German bank has said that it has set up a working group to consider whether it should move its British division to Germany in the event of the UK’s exit from the EU following a referendum.

Reports suggest that the bank has not yet made a decision as to the measures it will take in the event of the UK’s withdrawal from the economic and political union, but it is the first bank to declare that it is reviewing its options.

A spokesperson for the bank told the BBC that it is “early days and no decisions have been made”. The working group consists of senior executives, risk analysts and investment managers.

Other banks are likely to announce in the coming months that they will also be reviewing possible responses to the outcome of the referendum.

Deutsche Bank, which is based in Frankfurt and saw annual profits of €1.691 billion in 2014, employs around 9,000 people in its UK investment banking arm.

Calls have come from businesses to speed up the process in a bid to end uncertainty for overseas investors, including from the director general of the British Chamber of Commerce John Longworth.

Based on assets, Deutsche Bank is the second largest investment bank within the Eurozone and is based in 16 locations across the UK.