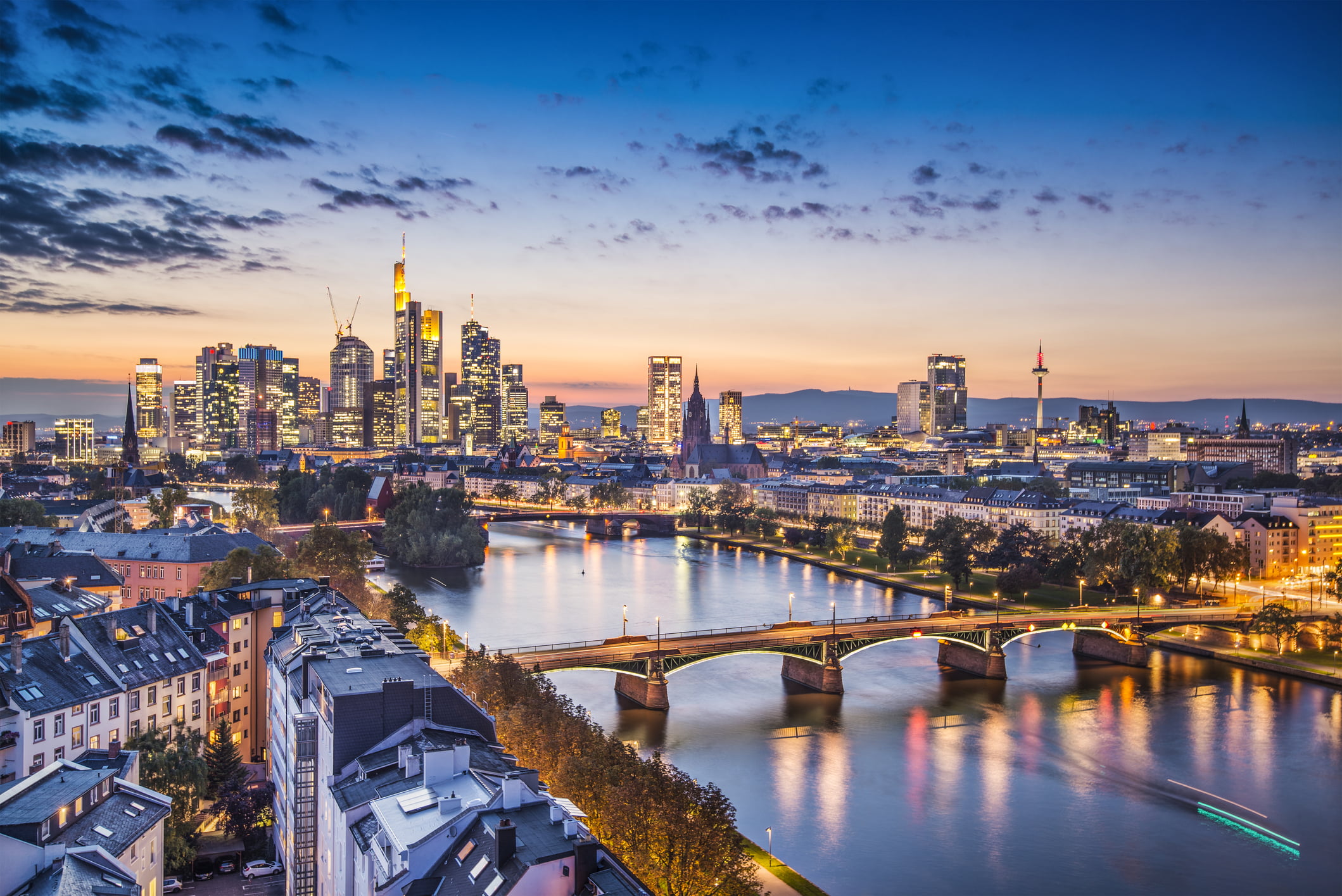 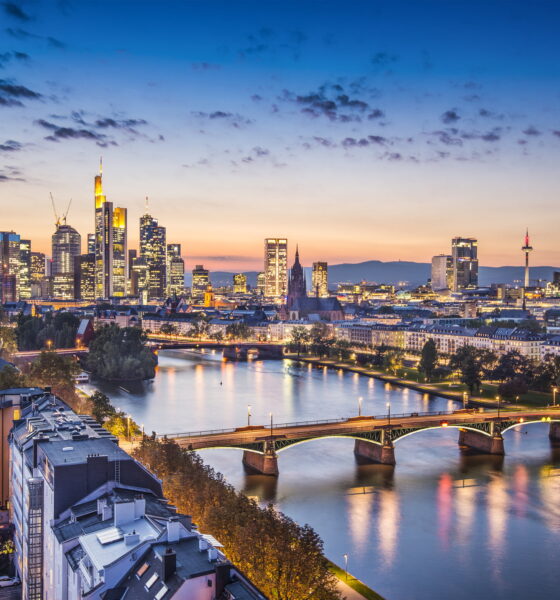 Eco-tourism has become a lot more popular in recent years. We have shared some ways to cut your carbon footprint during your travels, including while flying.

There are a number of things that you have to think about when you are trying to be a green traveler. One of the most important things to consider is where you want to travel.

We shared some great eco-tourist destinations in the past. Another worth considering is Frankfurt.

Why should green tourists go to Frankfurt?

Frankfurt is Germany’s financial center. It houses the European Central Bank, more than 230 foreign banks, and many international trade fairs. Frankfurt also has one of the busiest airports in Europe, and it is an important transportation hub for railroads and highways.

There is another great benefit of Frankfurt, at least if you are an eco-tourist. Frankfurt has been rated by some people as the most sustainable city on the planet.

If you want to find other eco-friendly people to bond with, then Frankfurt is the place to visit. You will also be able to partake in activities that can help lower your carbon footprint, since they are so popular there.

When you’re done sightseeing in Frankfurt, there are plenty of other places to go as well. Since they are in close proximity to the central part of the city, you won’t have to waste a lot of fuel and harm the environment to reach them. This is one of the reasons that Frankfurt is rated as such an eco-friendly destination. It is easy to go hiking in the nearby Taunus Mountains (a German mountain range) or visit the nearby medieval castles. Frankfurt is also near a national park and not far from small towns with charming scenery such as Heidelberg (with Germany’s oldest university) and Bamberg (the breweries in Bamberg make some of the best Rauchbier, or smoked beer, in the world).

Frankfurt is located at the banks of the Main River. The people in Frankfurt are amicable and speak English well, so it is easy to get by without any German skills at all!

Frankfurt. A city with one of the largest airports in Europe; a significant financial hub; and where Germany’s major media outlets are located. An odd combination, but ever since I first visited this city, I fell in love with it.

Yes, Frankfurt can be a bit dull and boring at times, but on the other hand, it’s very interesting at others.

So, without further ado, here are my top reasons why you should travel to Frankfurt!

1. There is plenty of public transportation there.

One thing that I adore about this city is how well-connected the city is via public transportation. The U-Bahn and S-Bahn trains are on time and frequency, ensuring that you won’t have to wait for more than a couple of minutes for a train to arrive.

In addition, some trams and buses can take you just about anywhere within the city limits.

2. Frankfurt is home to some of the best museums in Europe.

Frankfurt is home to some of the best museums in all of Europe. The Museumsufer (Museum Embankment) is a great place to start, as it’s home to no less than 10 different museums!

My personal favorites include the Städel Museum, the Deutsches Filmmuseum, and the Senckenberg Natural History Museum.

3. Frankfurt is a great place to do some shopping.

If you’re a fan of shopping, then you’ll be happy to know that Frankfurt has plenty of options for you. The Zeil is the central shopping district in Frankfurt, and it’s home to both high-end and budget-friendly stores.

In addition, there are also a few shopping malls located in the city center that are worth checking out.

4. Frankfurt has some fantastic architecture

Frankfurt is home to some fantastic architecture, and if you’re a fan of seeing historical buildings, then you’ll be in for a treat. The most iconic building in Frankfurt has got to be the 664 ft tall European Central Bank, which is worth seeing and offers a stunning view of the city.

Other notable landmarks include the Römerberg, with its unique collection of half-timbered houses; and St Paul’s Church (‘Paulskirche’), where Frankfurt’s parliament sat for nearly 70 years.

5. Frankfurt is home to some of the world’s best nightclubs.

If you’re into clubbing, then Frankfurt has got plenty of options for you!

Frankfurt has it all from swanky 5-star clubs located in significant hotels to underground venues frequented by locals.

My personal favorite has got to be the 45-floor Cocoon Club, which is located in the city’s tallest skyscraper.

6. Frankfurt is also home to one of Europe’s largest airports.

Frankfurt has one of the world’s biggest airports, and if you’re someone who loves aviation or is simply looking for a fantastic view, then a visit to the airport is a must.

In addition to being one of the world’s busiest airports, Frankfurt Airport is also home to some fantastic restaurants and shops.

7. Frankfurt has something for everyone.

Whether you are interested in history, art, shopping, or nightlife, Frankfurt has something to offer. You can find world-class museums, beautiful parks, trendy fashion districts, and lively nightlife scenes. It is easy to find eco-friendly hobbies to participate in.

8. Frankfurt is a central transportation hub.

If you are traveling to other parts of Europe, Frankfurt is a great place to start or end your journey. The city has an international airport and is well-connected by train and bus networks.

9. Frankfurt is famous for its apple wine.

If you are looking for someplace unique to visit, try a local “Apfelwein” bar and discover why this traditional drink attracts so many people from around the world. They use a lot of old-fashioned techniques to make their wine, which makes it eco-friendlier than most alternatives from other wine producing regions.

Frankfurt has something for everyone, especially eco-friendly visitors.

Frankfurt didn’t earn its reputation for being the greenest city in the world by accident. There are a lot of great reasons it has a low carbon footprint. Furthermore, there are plenty of other wonderful things about this city.

Whether you are interested in history, art, shopping, or nightlife, Frankfurt has something to offer. You can find world-class museums, beautiful parks, trendy fashion districts, and lively nightlife scenes.

Frankfurt is a great city for foodies. Plenty of restaurants serve up everything from traditional German cuisine to international fare. And if you’re looking for a night out on the town, the Frankfurt nightlife scene is one of the best in Germany.

The city is also well-connected to other major German cities. Frankfurt is a central hub for the country’s well-developed and efficient transport network, making it easy to explore all your options throughout Germany.

When you need a break from exploring the city, Frankfurt has plenty of green space, too, where you can relax or partake in some outdoor activities. The Palmengarten, for example, is a large botanical garden with over 16,000 plants and trees from all over the world.