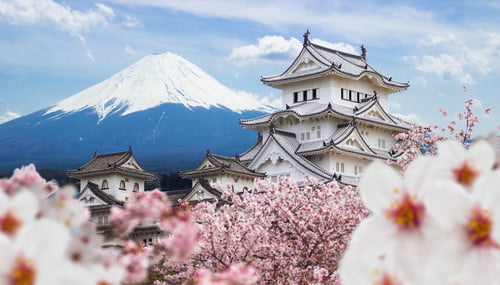 Excellent Green Cities In Japan Every Eco-Tourist Should Explore

Are you serious about making a difference as eco-conscious consumer? You will need to live by those principles when you are traveling. Eco-tourism is growing in popularity these days.

Travel and Tourism Research showed that eco-tourism has become much more popular in recent years. Ecotourism principles were established in the 1990s, but have only recently appealed to the majority of the population. A similar study from Travel Agent Central showed that 87% of tourists want to prioritize sustainability.

If you are serious about being an eco-tourist, it is a good idea to reward companies that have made a commitment to sustainability. Japan has recently been ranked as the greenest country in the Asian Pacific part of the world.  You should consider exploring the green cities of this wonderful country.

Finding the Greenest Parts of Japan

When thinking about exotic places to visit for a holiday or fun, Japan is pretty high on the list. There are so many reasons why. Of course, we mentioned the fact that it is the greenest country in Asia, but there are other reasons too. There’s the fact that the Japanese are some of the most culturally oriented people on the planet. They still bow every time they greet. This is in stark contrast to much of the rest of the world where culture is slowly fading.

Despite the technological advancements in the country, they still preserve their traditions, which is something to look forward to, and maybe even learn for your next trip.

Even though the tourist sites in Japan will supply you with this dose of tradition and culture, there are some places you specifically have to visit if you want the complete experience. They are also very eco-friendly. Here’s a list of some of green cities and what makes them such fantastic destinations to visit.

Tokyo announced a couple of years ago that it wants to be the world’s most sustainable megacity. It is making a lot of progress by cutting its carbon footprint.

A list of places to visit in Japan is hardly complete without Tokyo. It has everything you hope to find in Japan, plus a few surprises. As the capital of the country, it doesn’t disappoint tourists. Tokyo has everything you’d expect from an ideal city like incredibly clean streets, great public transportation, and fantastic entertainment.

That’s not even talking about the ‘special attractions.’ Tokyo has a Disneyland, Skytree, and DisneySea, which means there’s pretty much an infinite amount of things for you to see while there. You can also dive into the delicious and diverse cuisine.

Kyoto has been committed to environmentalism and sustainability since before it was popular. These have been core principles for 1,200 years.

Kyoto is a very serene place to visit, and that’s talking both literally and metaphorically. Metaphorically, Kyoto has beautiful architecture and a general atmosphere that brings a sense of calm and tranquility to you. It’s also literally peaceful because it has a lot of shrines, gardens, and palaces dedicated to spiritual journeys.

Some of the side attractions to immerse yourself in during your visit in this city include the Kyoto Imperial Palace and the Philosopher’s Walk. You can also take a nice walk in the Fushimi-Inari Taisha Shrine and experience some of that tranquility we were talking about earlier.

Osaka is one of the less popular treasures of Japan, but it is a fun place to visit and is becoming eco-friendly. It’s the destination that only the savvy tourists know about, and so, it has a whole lot for everyone who knows where to go. When visiting Osaka, one of the things that will strike you is the laid-back attitude in general and the hospitality of its citizens.

There are so many places to visit while you’re in Osaka. There’s the Osaka Castle, the Kamigata Ukiyoe Museum, and the Sumiyoshi Shrine. You can check out the coolest areas in Osaka at Treksplorer for more information on great things to do while there.

Hiroshima is one of the most famous cities in Japan, and it’s for something other than tourism. It is also focused on sustainability in 2019.

It was also the site of a terrible atomic bombing a couple of decades ago. But then, like most of the world knows, Hiroshima has completely recovered from this tragic event and is now one of the most sought tourist destinations.

Why? There are so many reasons. First of all, the city acknowledges its history by having dedicated monuments and sites. It also embraces culture with the Itsukushima Shrine. If you’re a fan of cars and mechanical feats of engineering, you’ll also be glad to know that the Mazda Museum is in this beautiful city.

Enjoy Yourself in Japan’s Most Sustainable Cities

There are a number of wonderful eco-friendly cities in Japan. You can enjoy their commitment to sustainability and their wonderful culture on your next trip.