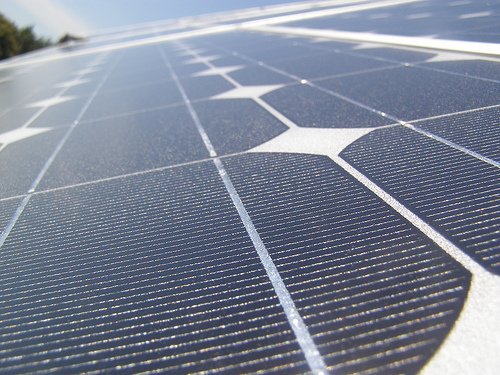 Eight clean technology companies from the UK have been recognised in the fourth annual Global Cleantech 100 – a list that brings together and lauds the most innovative players in the industry.

Firms from a number of cleantech sectors are included in the rundown, including energy efficiency, smart grid and solar. A panel of 75 experts whittled down the 5,117 nominated companies to come up with a final 100, released today.

“The Global Cleantech 100 is a natural extension of our companywide mission to help corporations, investors and financiers, professional service firms and governmental agencies connect with global cleantech innovation”, said Sheeraz Haji, CEO of the Cleantech Group, which produces the ranking.

“This report celebrates the best in innovation and is the industry standard for gauging where cleantech innovation is headed next.”

The number of UK firms in the list remains the same from the 2011 version, but only three firms – Amantys, Nujira and Enecsys – have appeared in both.

Amantys, a power electronics company that formed on the back of academic research at the University of Cambridge, first appeared in the list last year, and its CEO Bryn Parry said the impact of being recognised in the list has been hugely beneficial to his business.

“Our inclusion for a second year is really a huge compliment, and further boosts our confidence in the strides we’ve made”, he said.

“From being part of the top 100 last year, we had a number of people contact us directly as a result. To have such a tangible result is invaluable for any business.”

Solar innovator Enecsys appears in the ranking for a third year running, while the inclusion of telecoms efficiency company Nujira is further proof of a successful 12 months for the Cambridge-based firm. As well as appearing in the Global Cleantech 100 last year, it was named most innovative company at the Cleantech Connect Awards in November, whilst also picking up two gongs – including the highest accolade, company of the year – at the New Energy Awards in March.

The Cleantech Group’s annual ranking aims to outline which companies will be market leaders in the next decade, and has evolved since its foundation three years ago.

“The 2012 Global Cleantech 100 is markedly different in its composition to that of 2009, our first edition”, said Richard Youngman, managing director for Europe and Asia at the Cleantech Group.

“As such, it is a strong statement of how the collective market opinion has shifted as to what type of companies are the most likely to have significant market impact in a 5-10 year timeframe.”

Other UK firms to make it into the final 100 were energy efficiency companies Breathing Buildings and PassivSystems, energy storage companies Highview Power Storage and Nexeon, and water innovator i2O Water.

You can download the Global Cleantech 100 report from the Cleantech Group’s website, whilst The Guardian has produced a handy map that places each of the 100 firms around the globe based on their location.