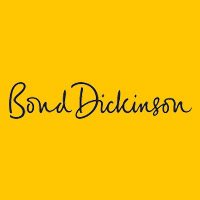 The Energy Act is expected to become law in the next few weeks. The Act is significant for UK Continental Shelf companies who will have to radically change how they make decisions. The Energy Act follows the Maximising Economic Recovery Strategy which became law earlier this year.

The UK oil and gas industry is on the verge of one of the most fundamental changes in its history when the Energy Act receives Royal Assent, according to a specialist at law firm Bond Dickinson.

The Maximising Economic Recovery (MER) Strategy became law in March and the Energy Act is likely to become law in the coming weeks.  When it does so, for the first time ever UK Continental Shelf (UKCS) companies will have to make certain key decisions based on economic analysis and not firmly established legal rules.

Bond Dickinson has undertaken an in-depth study of the implications of the Act and the MER Strategy. The final version, which was published on March 18, is central to the Act’s powers.

Key points in the firm’s analysis include:

– To some considerable extent, UKCS companies will have to make investment decisions based not only on their own economic benefit but for the benefit of the “oil province as a whole.”

– Failure to comply with MER could have profound consequences as the OGA will have significant powers to impose sanctions ranging from financial penalties and the imposition of enforcement notices to the removal of operatorship and the revocation of licences.

– There are potential competition law issues arising from the collaboration which is a key part of the Strategy.

Uisdean Vass, Oil and Gas Partner at Bond Dickinson, says the transformation of the industry’s regulatory regime, borne out of Sir Ian Wood’s landmark review on how to make the most of the huge opportunity the UKCS continues to offer, poses an enormous challenge.

Uisdean Vass said: “It is radical and ground-breaking and heralds the creation of an extensive new regulatory structure. The MER Strategy is innovative but it is also a complex and sometimes controversial document. It is a unique, one-off legal document, and represents the first time a set of business principles have become law in this way.

“It will be vital for oil companies to stay abreast of the rapid developments taking place and fully understand how MER will impact them. Failure to understand this could have important consequences as the OGA will have significant powers from demanding data generated by oil companies to imposing a wide range of sanctions including financial penalties and revocation of licences.

“The long term future of the UK North Sea oil and gas industry, which is so vital to ensuring that the North-East of Scotland retains the expertise to make it a respected international hub, depends on the success of the OGA and the Strategy.

“While it is visionary, it may well create some legal headaches in the months ahead. For example, we are already being asked questions relating to late life/decommissioning infrastructure and whether precedence will be given to extending life to achieve MER or minimising cost by closing loss-making fields.”

The implications of the changes will be discussed at a seminar at the firm’s London office on May 26 and in Aberdeen on June 2. For more information visit the website.