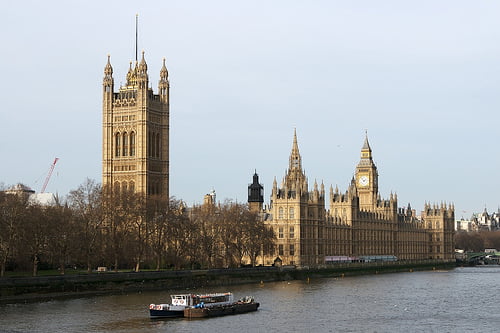 It’s been just over a week since the government unveiled the energy bill. The pantomime politics around its publication have made for an energy drama that will shape the future of the UK’s power sector.

The bill was met with a mixed reception – though its impact was somewhat subdued by the coincidental timing of the announcement with another long awaited publication. When asked whether the bill will keep the lights on and emissions down, there were inevitable cries of “Oh, yes it will!” from some in the industry and “Oh, no it won’t!” from green campaigners.

We’ve now had time to let the noise die down, and begin to scrutinise the details. The Department of Energy and Climate Change (DECC) said, “Electricity market reform (EMR) will transform the UK’s electricity sector to attract the £110 billion investment we need in this decade alone to replace our ageing energy infrastructure with a more diverse and low-carbon energy mix, while minimising consumer bills.”

The energy bill is undoubtedly a step forward in delivering more large scale renewable generation, and that’s obviously a good thing. As BusinessGreen’s James Murray said, “It is worth remembering that it remains a genuinely historic piece of legislation that promises to put the UK firmly on the road towards a low-carbon future.”

It’s also positive that the government has indicated that it’s willing to listen to suppliers on how these proposals will work in practice. To create a more competitive market, DECC must be more proactive in encouraging independently owned, decentralised generation. The role of distributed energy must be recognised and promoted in the reform package as a whole, something which this report called for last week; we need to change the very DNA of our market through a more decentralised approach, and this is something that Good Energy will continue to work for.

We’ve written before that an often forgotten player is energy efficiency, and the impact that consumers can have if they’re encouraged to engage more in the energy market. So it was good to see DECC announce its consultation on electricity demand reduction, to look at ways to permanently reduce electricity demand, possibly through payments for doing so. The idea is that the cheapest power station is the one that is never built, and our attitude towards energy needs to reflect this.

There is definitely room for improvement in the bill and there are still blanks to be filled in. The industry and government need to work closely together to deliver the details. We’ll have to wait and see how the complex contracts for difference system can work for small to medium sized generators. There are also some question marks around the missing decarbonisation target with some suggesting that a cross-party group of MPs may table an amendment that would impose a target for 2030.

In a further twist this week, George Osborne announced the government’s new gas strategy whilst Ed Davey was out in Doha seeking to strike an international deal on cutting carbon emissions. We’re a chapter further in the biggest shake-up of the energy sector since privatisation, but the story doesn’t finish here. Expect a few more twists and turns before the energy bill becomes law.

Ed Gill is head of external affairs at Good Energy, one of the UK’s leading 100% renewable energy suppliers.