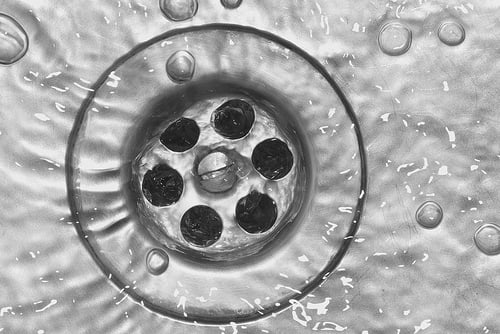 Energy down the drain: a new geothermal source

There is an abundance of popular renewable energy sources, as regular readers of Blue & Green Tomorrow will be aware: wind, solar, hydroelectric… But there are other new technologies arising that are pushing themselves into the spotlight amongst oft-discussed wind turbines and solar panels.

One such innovation is quite literally in the pipeline as Chinese engineers pioneer and implement the world’s first large scale sewage geothermal technology.

As the quest for sustainable energy increases, renewable forms are becoming more diverse and more innovative. In fact, the Chinese patent developed by Jin Da Di Energy Engineering & Technology Co. is so effective that is it already finding similar popularity in the US, where it has been taken up by NovaThermal Energy LLC.

So, how does it work? Hot wastewater is produced by washing machines, showers, dishwashers and, of course, industrial processes, but the heat is usually lost. Geothermal sewage, as a source, relies on heat harvested by water waste to create energy. The actual process involves the implementation of pipes, which then divert wastewater into an extractor. This is then used to heat and cool buildings.

A critical part of the geothermal process is a device translated from its Chinese developers as the “Anti-Block Machine“. The process filters through the sewage before it flows through the heat pump, removing larger debris that may cause damage.

In China, the inventive technology has so far been successfully employed for heating and air conditioning in large buildings including a hotel, a one million square-foot train station in Beijing and a 450,000-square-foot high-rise apartment building in Tianjin, China’s third largest city.

Up until now, the natural heat from sewage had powered nothing but bacteria, and the fact that Philadelphia-based NovaThermal are implementing the patent in the US takes us one step up the ladder of transition.

In April, Matt Moses, building supervisor of the Southeast Wastewater plant in Philadelphia, surveyed the machinery at the 20,000-square-foot compressor building, which now gets its heat from the waste water container outside. Moses has enthused about the effectiveness of the technology: “You can see the steam rising from it in the winter,” he said. “I’m surprised nobody thought about this sooner.”

In March of this year, Blue & Green Tomorrow took a look at Ernst and Young’s Country Attractiveness (CAI) Report in which China came out top for development and investment in wind energy.

Ultimately, the world of green solutions will flourish, and the impact of the clean energy industry is spreading. To invest in renewable energy, fill in our online form and we’ll connect you with an independent specialist. If you’re interested in using green energy at home or for your business, contact Good Energy—the UK’s only 100% renewable energy provider.