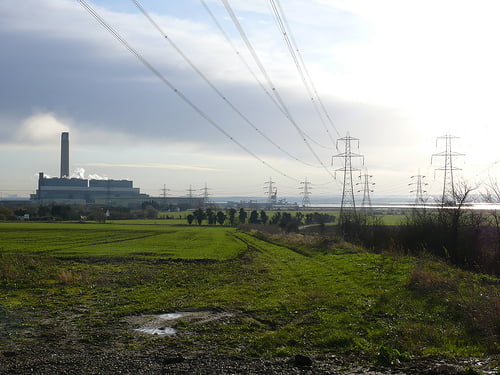 E.ON revealed to have called for ‘dissuasive’ sentences for eco-activists

Energy company E.ON, referring to a group of activists due to be sentenced for aggravated trespass at its Kingsnorth coal power station, has warned that sentences should try to avoid accidents in the future.

Department of Energy and Climate Change (DECC) papers show Paul Golby, chairman and CEO of the firm until December 2011, had expressed E.ON’s concerns about the activists’ actions, discussing with Ed Miliband, at that time energy secretary, about the possible impact that protests could have on the energy market and investments.

The warning has now been severely criticised by Kingsnorth activists, The Guardian reports.

One of them, Ben Stewart, told the newspaper, “It reads like a threat – either clamp down on climate activism or we withdraw investment. The attitude of the energy giants to those who oppose them is over-bearing, arrogant and illiberal.”

A DECC spokesperson said all necessary rules were followed to balance “the right of commercial interests to function safely without illegal disruption, with the right to freedom of expression”.

In December 2011, employees of the big six energy companies – Npower, SSE, British Gas, EDF Energy, Scottish Power and E.ON – were revealed to have been working for free for the government on energy issues, while also exploiting price hikes in the sector to pass on increasing bills to households.

A Greenpeace report from April last year found that the big six were also failing to incorporate enough renewable energy into their mixes. In contrast, Good Energy is the UK’s only 100% renewable electricity supplier and in some cases rewards customers for living close to wind farms.