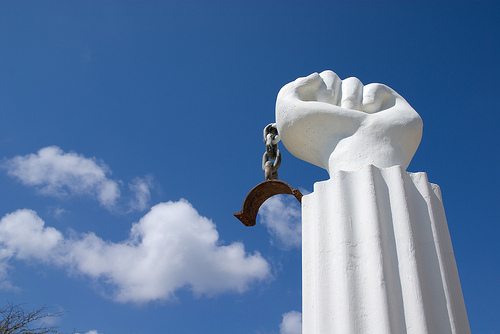 The fact that ethical investment funds are not perfect does not mean we should not support and invest in them. Better-than-the-rest is a step in the right direction. As we approach National Ethical Investment Week, the usual suspects will be out in force to point out apparent inconsistencies in ethical funds. This is the standard rallying cry of the ‘investment as usual’ crowd. They are wrong – economically, socially and environmentally.

The ethical investment movement grew out of the abolitionist movement of the late 18th and early 19th century. At the time, the consensus amongst investors was that slavery was an excellent investment and, for some, supported by scripture.

Slavery was a vital part of the Empire’s economy. More enlightened thinkers like William Wilberforce took a different view and after many decades triumphed over the immoral practice of trade in human slaves.

Wilberforce’s was a truly remarkable achievement, leading to the modern period being highly unusual in all of human history. It is only in the last two hundred years that slavery has been seen as utterly unacceptable, both ethically and economically. It still goes on at an horrific level, but most governments and investors find it abhorrent and are still trying to stamp it out.

Excluding slavery as an investment initiated the negative screening that is still prevalent in this investment approach today. This has led to some funds excluding ‘sin’ stocks (alcohol, tobacco, gambling, pornography, arms, nuclear power) but including companies that ‘harm’ the environment or society (mining, oil and gas).

But the sector has evolved significantly from those early roots, as these things do. The rise of socially responsible, impact and sustainable investment has broadened the sector, giving more choice for enlightened investors who wish to exclude certain industries or focus on supporting more sustainable enterprise. To invest in a company that you know harms people or planet, is wilful and destructive.

To also argue that because the ethical investment sphere is imperfect we should discount or avoid  it, would be akin to Wilberforce abandoning his decades-long abolitionist campaign, because he couldn’t abolish slavery globally at once. It took courage, wisdom and patience to win the battle and we celebrate and are indebted to all those who fought that long fight.

Today, the argument remains. Because every aspect of human activity isn’t sustainable, doesn’t mean we should not strive to make it more so. Many business leaders,  financial professionals, media commentators and politicians disagree. They are wrong, and will be judged as badly as slavery’s apologists are today, by future generations.

So, we salute the flawed diamonds of ethical investment funds and the 750,000 investors who put money in them. We continue to encourage them to be better, to extend their screens to exclude modern ills and include the ingenious and innovative people and businesses that are making our future more sustainable.