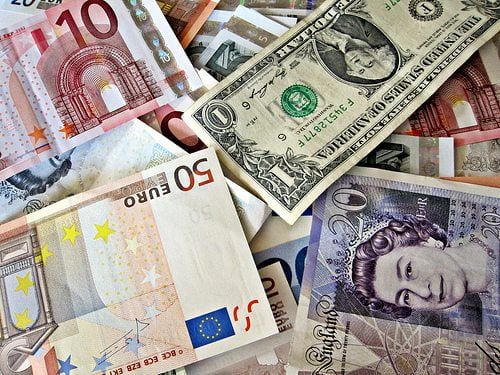 Eurozone banks ‘as vulnerable today’ as before 2008 crisis

Efforts to mitigate the risks of financial chaos within the banking sector have been insufficient, a report published on Tuesday concludes.

The report published on Tuesday in the Journal of Banking and Finance claims that some banks within the Eurozone are ‘as vulnerable today’ as they were before the 2008 financial crisis. The crisis was sparked after the US investment bank Lehman Brothers collapsed in September 2008.

In the midst of the crisis, governments were forced to bail out their banks, including the UK which injected £65bn into Lloyds and the Royal Bank of Scotland (RBS). Efforts have since been made to increase the resilience of banks across Europe.

But the report has said that some banks within the Eurozone are just as vulnerable today. It compares systemic risk across European banks and suggests that whilst some banks in the north of the continent are the most resilient, countries in the Mediterranean basin such as Spain and Italy are most at risk.

Author of the research Dr Nikos Paltalidis of the University of Portsmouth Business School said that additional policies were needed to better protect banks.

He said, “The findings suggest we might need additional policies to better protect the euro zone and increase the resilience of the financial system”

“Our findings indicate that despite all the efforts to improve the resilience of banking, some banks are as vulnerable today as they were before the last banking crisis, they are just as likely to fail”.

He added, “In case of a financial or economic shock, we found that banks would experience losses big enough to reduce their capital below the required regulatory minimum, because the quality of equity on the biggest European lenders is not sufficient enough to mitigate systemic crisis”.