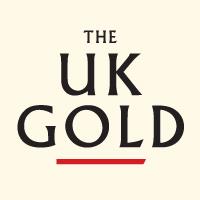 Revelations over the past few years on the tax arrangements of Starbucks, Google, Amazon and other multinationals has propelled tax avoidance to the centre of public debates on austerity and the public purse. The UK Gold takes this public anger and, with the help of Dominic West’s smooth voiceover and an evocative original soundtrack from Thom Yorke (Radiohead), Robert del Naja (Massive Attack) and Guy Garvey (Elbow), siphons it into a compelling story on the City of London.

The UK Gold brings to light a major artery of the tax avoidance industry, namely how crown dependencies and overseas territories are maintained as tax havens by the City. It’s essential viewing for anyone interested in how the whole system works.

Like Inside Job, it does a good job of distilling a seemingly complicated web of actors, transactions and beneficiaries into an easy-to-digest story. However, even after the credits have rolled, you can’t help but feel that the City of London Corporation (“one of the most clandestine institutions in the world“, as the film proclaims), remains cloaked in mystery.

There is a parallel story within the film – the story of Father William Taylor, a Church of England vicar based out of Hackney, who decides to contest a seat in the City of London Corporation elections. The trials of an East London vicar serve to inject some humanity into an otherwise dry subject. Father Taylor doesn’t meld as seamlessly into the whole as Michael Moore does in his sermons, but he does add an everyday counterpoint to the gross machinations of ‘the City’.

From the opening tracking shots of a economically deprived shanty town in Africa, to the birds eye view of a glittering Square Mile, the movie doesn’t just work as an insight into the City of London’s role in perpetuating the tax avoidance industry, but provides for a fascinating sensory experience. The UK Gold is essential viewing for anyone interested in London’s place in the global tax avoidance industry.

Raj Singh is a freelance writer on sustainable investment and CSR, blogging at www.esginsider.com. He was previously programme director at the UK Sustainable Investment and Finance Association (UKSIF), and a senior ESG Analyst at ECPI.