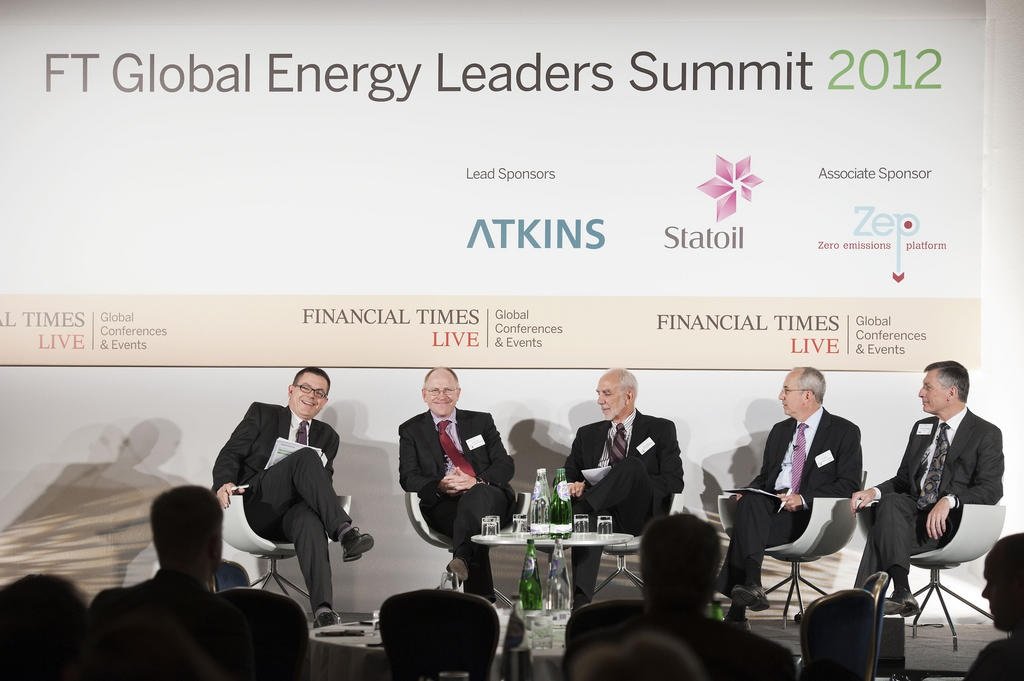 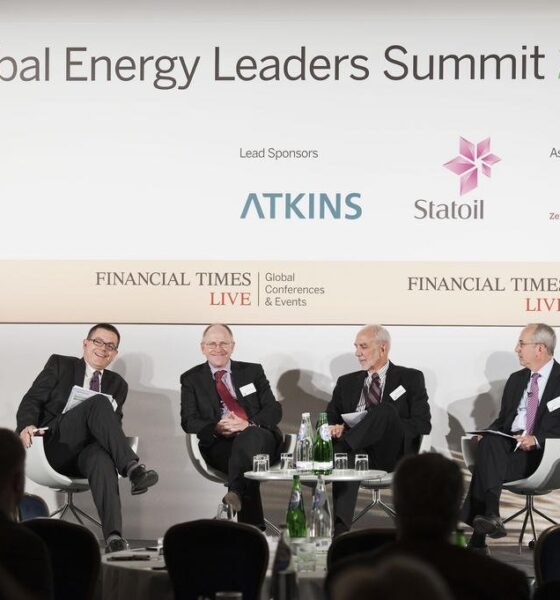 The second and final day of the Financial Times (FT) Global Energy Leaders Summit sent a strong, positive message out to energy developers and policy-makers alike; that renewable energy is key in the battle against climate change.

Whilst the issue might have only had “two fleeting mentions” prior to Solarcentury chairman Jeremy Leggett’s appearance in yesterday’s morning session, day two seemed to place much more urgency over the need to alleviate man’s role in polluting the climate.

Opening up the second day’s programme of speakers was Martin Lidegaard, minister of climate, energy and building in Denmark, a country famed for its strong commitment to clean energy.

And Lidegaard’s speech was just as strong. He spoke with passion about the magnificent benefits his country is already seeing through its allegiance with renewables, but was also frank about the problems the world faces; perhaps unusual for someone in office, who might normally opt for a token spiel rife with buzzwords in order to please the green sector.

“The world’s temperature will continue to rise unless we act”, he began.

“If we continue to sit on our hands, the temperature increase will be unthinkable.”

He made reference to the Arctic – an extremely vulnerable region that is seeing its ice melt at an inconceivable rate – and stressed the importance of renewables in tackling the temperature rise.

“Slowing down a global green transition will be devastating”, he added.

A lot can be learnt from Denmark’s model. Like the UK, it is gifted with perfect locations for wind energy. But the difference between the countries is that in Denmark, wind power is a major part of its energy mix, with 30% of its electricity derived from turbines dotted around the nation.

A problem that is brought up when discussing wind, though, is its cost. Many people believe that consumer energy bills in the UK would shoot up if we gave greater prominence to the technology. But Lidegaard stressed this wasn’t the case in his own country.

Despite its reliance on clean energy, the country boasts one of the cheapest electricity in the whole continent.

Following Lidegaard’s powerful address was Sir John Beddington, chief scientific adviser to the UK government. It would have been rather ironic if he wasn’t as ardent in voicing his views on climate change as the Danish minister, but thankfully, this wasn’t the case.

Sir John’s speech focused on three areas: climate change, urbanisation and population. Of the latter, he said by 2024, there will be eight billion people in the world, so one of our biggest challenges is developing an energy strategy that provides power to this extra billion – and the billion people without access today.

“The evidence for climate change is overwhelming, and it’s completely being driven by greenhouse gases”, he said, before adding that there was “absolutely no sign that there is a significant reduction in greenhouse gas emissions”.

On the topic of nuclear power, Sir John said he simply couldn’t grasp a “low-carbon energy future in which nuclear is not involved”.

Just before attendees took a short break for coffee, there was a panel discussion titled Alternative Fuels & the Challenge of Sustainable Mobility, which aimed to map out the key challenges for the transportation sector in the coming years. 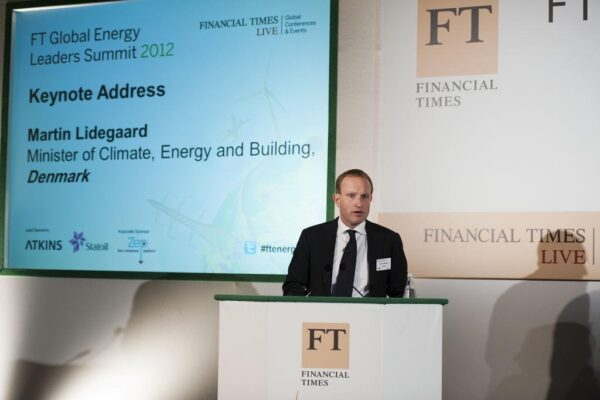 After the break, Adnan Amin, director general of the International Renewable Energy Agency (IRENA), came to the stage. IRENA is one of the world’s leading intergovernmental renewable energy organisations, and Amin, like the two men before him, opened with a section on climate change.

In fact, he named the issue as the first of two global energy megatrends – the second being population and how we handle energy needs in the face of population growth.

Amin described how his home country, Kenya, was witnessing the effects of a warming climate first-hand – something that the Intergovernmental Panel on Climate Change’s (IPCC) 4th Assessment Report also found.

Coral bleaching, warming deep water temperatures and severe farming impacts are just three of the effects that the report, summarised here by the WWF, laid out.

Amin continued, saying it is “scary” that international talks have as yet not resulted in binding action on climate issues.

But there was also positivity in his address. Last year, he claimed, renewable energy became a trillion-dollar industry for the first time, and the cost of solar photovoltaic (PV) fell by 60% in the last two years.

Both these stats prove that despite uncertain international climate policies, renewable energy is an increasingly attractive investment.

Following Amin was a panel discussion about carbon capture and storage (CCS).

Graeme Miller, commercial director of 2Co Energy, rejected the “doom or gloom” claims that have choked the technology’s recent development, and Miller and his fellow panellists all spoke about the many benefits to the UK’s economy and employment that developing a competitive CCS industry would bring.

The final section of the day, and indeed the event, was a panel called Energy R&D: Breakthrough Technologies – Praying for an Energy Miracle?, in which Donald Sadoway of MIT was one of the guests.

Sadoway featured on Blue & Green Tomorrow back in April in a piece about his liquid metal battery technology – which he claims could be the key in achieving grid-level energy storage for renewables.

The discussion was a fitting end to the two-day event – full of promise and positivity about technology’s ability to tackle the key world issues – and the four men on stage were the perfect advocates.

As well as Sadoway, there was David Clarke, CEO of the Energy Technologies Institute, Mike Davis, president and CEO of the National Institute of Clean-and-Low-Carbon Energy, Canada, and Eric Isaacs, director of the Argonne National Laboratory and professor of physics at The James Franck Institute.

Clarke said, “The cheapest source of energy is energy that we don’t use. We’ll look back and ask why we used so much energy”, in a nod towards more efficient use of energy.

Davis described how there were lots of technological innovations that have the answers to our energy challenges, and that they can answer them within a decade.

Isaacs revelled in the current “unique time in history for science”, in terms of tackling climate change: a problem that unites the world.

And Sadoway celebrated the huge, emerging talent in the sector, saying that “the best students want to work on these problems”.

“We’ll invent our way out of this situation“, he added.

The conviction in this statement, which rounded off the conference, ensured delegates exited with optimistic thoughts of innovation, adaptation and transformation in energy. And when it comes down to it, our ability to be optimistic, to really believe in clean, sustainable solutions, is all we’ve got.

Click here for a review of the morning session on day one, and here for the afternoon.