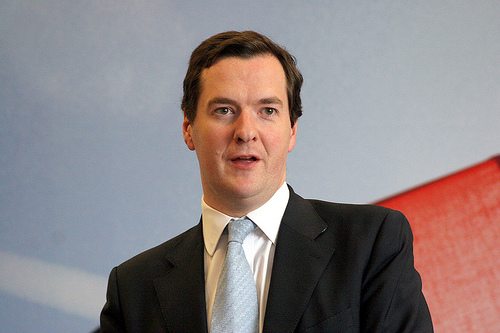 George Osborne has distanced himself from the climate sceptic wing of the Conservative party, saying that the UK should fight climate change in the cheapest possible way and that environmentalists should stop opposing nuclear power and shale gas.

In a speech in Hong Kong, the chancellor said he disagreed with those in his party that deny manmade climate change. He said he firmly believed that climate change was caused by humans.

However, he added, “Where I would differ from some is I would say: ‘Let’s try and do this in as cheap a possible way as we can’.

“Let’s not be too theological about which technology we use – let’s get the right mix.”

He then suggested that people in the green movement have an “ideological opposition” to nuclear power and shale gas, despite these being helpful in the transition to a low-carbon economy.

This particular claim was met with criticism from campaigners. Lawrence Carter of Greenpeace UK said, “If the chancellor thinks nuclear is cheap, then he should try to explain to UK consumers why we’re giving French energy giant EDF billions of pounds to build a new reactor at Hinkley [http://blueandgreentomorrow.com/2013/10/21/uk-to-build-first-nuclear-plant-in-a-generation-as-hinkley-c-is-given-go-ahead/] that was dubbed the ‘world’s most expensive power station’ only yesterday.

“Meanwhile, experts from the International Energy Agency have repeatedly warned that we need to leave two-thirds of existing fossil fuel reserves in the ground if we are to have any chance of preventing catastrophic climate change. Clearly, extracting and burning even more gas is not the solution.”

He added, “The UK has already ruled out new coal power stations, so the choice is now between polluting gas and clean renewable energy combined with more energy efficiency. The chancellor needs to brush up on his facts.”

Osborne said in September last year that he believed the UK should not take the lead in fighting climate change and do more than other European states, as it would risk pricing itself out of international energy markets.

He also famously said in 2011, “We’re not going to save the planet by putting our country out of business.”