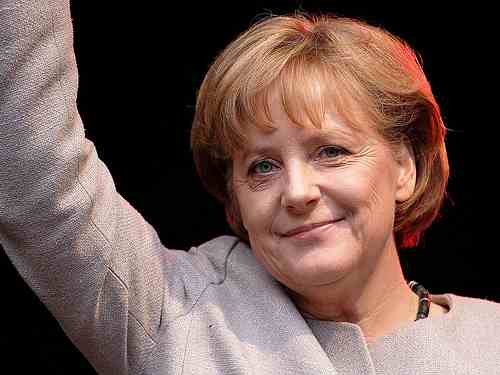 Angela Merkel’s Christian Democratic Union (CDU) has scooped 41.5% of the votes in the German general election, and will now look to form a majority government with the Social Democrats (SPD) or the Green party.

Angela Merkel won the elections for the third time, although her party does not have the absolute majority as the CDU’s ally, the Free Democrats Party (FDP), only got a small 4.8%.

Merkel said of her victory on Sunday night, “This is a super result. We can celebrate tonight because we have done something fantastic.”

Merkel’s party now needs a partner to form a coalition government, with the most likely option being a large coalition with the centre-left SPD. But she might also opt for an agreement with the Green party, which would help reinforce Germany’s efforts on renewable energy and climate change.

Merkel has gradually moved the country away from nuclear power generation following the 2011 Fukushima disaster. Some argued that this move would threaten Germany’s carbon reduction targets, as it might mean that it has to rely more on polluting fossil fuels such as coal.

However, Merkel’s government managed to boost the clean energy sector at the same time, allowing the share of green electricity to rise to 25% in 2012.  Germany is planning to generate 45% of its electricity from renewable sources by 2030, while the sector employs nearly 400,000 people, partly thanks to the Renewable Energy Act.

Some argued that the enthusiasm for renewables is driving electricity prices up in Germany and causing grid instability, although the prices for industrial consumers have actually decreased.