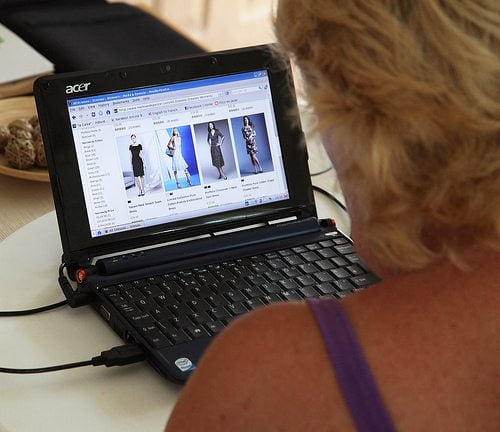 Give as you Live: combining online shopping with charitable giving

If you were told that you could be giving to charity without actually parting with a penny more than you would otherwise, you would be forgiven for asking what the catch is.

Everyclick Ltd’s Give as you Live is an easy to install and even easier to use tool that allows shoppers to donate a commission on every online purchase they make from collaborating retailers to a cause of their choice.

Perhaps most importantly, this is done at no extra expense to the shopper, as the commission is already included in the price of their purchase.

Polly Gowers, chief executive and founder of Everyclick, explains that the initiative was inspired by a realisation of the need to modernise charitable giving.

“It’s unacceptable not to recycle bottles and paper; it shouldn’t be acceptable to waste money online when it could support the work of any UK registered charity”, she tells Blue & Green Tomorrow.

“Having seen a close friend struggle to fundraise for charity ‘offline’ it became apparent that the way we raise money needed hauling into the 21st century.

“With the rise in consumer spending through online shopping, I wanted to tap into the online market. Potential online revenues were not being maximised, so my team and I developed Give as you Live.”

To date, Give as you Live has raised about £4.2m for UK charities, and over 3,000 retailers have signed up to participate. These include such varied famous names as Sainsbury’s, ASOS, Debenhams, Expedia and Pizza Hut.

This success has earned much recognition. This year, Give as you Live won the title of most committed company to the sector at the annual Institute of Fundraising Awards.

In 2013, it bagged business of the year 2013 and biggest social impact at the Smarta 100 Awards, while the year before Gowers was awarded an OBE for services to British philanthropy.

She adds that the reaction from charities and retailers has also been overwhelmingly positive.

“Charities have been eager to roll out Give as you Live across their donor base in a bid to increase their unrestricted recurring revenue streams”, she says.

For retailers, involvement helps make their brand that much more appealing. According to research by JustGiving, 83% of UK consumers prefer to buy products associated with a charitable cause.

“Our own research shows that 79% of consumers would like to see retailers doing more for charity, and what’s more is 50% of consumers say that would spend more with a retailer that is supporting a charity”, Gowers adds.

For such a fascinating, yet simple idea, which offers a win-win-win situation for shoppers, charities, and retailers, the future can only be bright. Its designers’ plans include an expansion into Europe and the US, and a move towards an approach more integrated to mobile internet use.