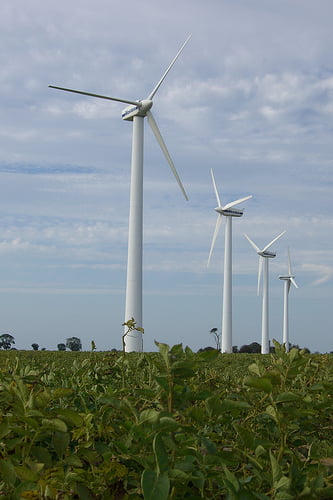 Customers that live within 2km of the 9.2 megawatt (MW) Delabole wind farm in Cornwall will receive a 20% discount on their energy bills – around £100 a year – as Good Energy looks to ensure local residents benefit from community renewables.

The energy supplier claims the new tariff is the first of its kind in the UK, and plans to implement it from 2013. It revealed that customers will be able to claim further discount should the Delabole turbines exceed expected performance levels.

“Wind power has a huge role to play in meeting the UK’s future energy needs, and we think that it’s only right that our local communities should be recognised for their contribution to tackling climate change and reducing the UK’s reliance on expensive imported fossil fuels”, said Juliet Davenport, CEO of Good Energy.

“When we researched opinion in the local community, there was a very positive response from residents with 68% of those surveyed saying they would consider switching to a Good Energy local tariff once the benefits were explained to them.

“This response is in line with the many inspiring community projects, such as Gigha in the Hebrides which generates two-thirds of its own electricity with three wind turbines which are owned by the community.”

Good Energy’s new tariff comes amid significant uncertainty over UK wind energy policy. Conservative energy minister John Hayes has been outspoken with his views on the technology, claiming that onshore wind turbines “peppered” the countryside and that “enough is enough” with regards to further development.

He added that the UK “can no longer have wind turbines imposed on communities”, before saying that existing and planned wind farms would be sufficient to meet the UK’s renewables targets.

But a high-profile alliance of charities, co-operatives and organisations, led by The Co-operative and Forum for the Future, published a manifesto earlier this month to help advance community-owned renewable energy in the UK.

The document includes a poll conducted by ICM on behalf of the Co-operative, which revealed that the majority of people – 68% – would support community-based clean energy projects, compared to just 7% who said they wouldn’t, which is good news for the uptake of Good Energy’s proposed new tariff.

Indeed, Susan Theobald, a local Delabole resident, said that a direct community benefit from renewable energy was integral to its continued success.

“Renewable energy projects have always been very close to my heart”, she said.

“I feel that people living in close proximity to wind turbines would be more sympathetic to this form of renewable energy if they were to gain some advantage from it, such as a favourable local tariff.”