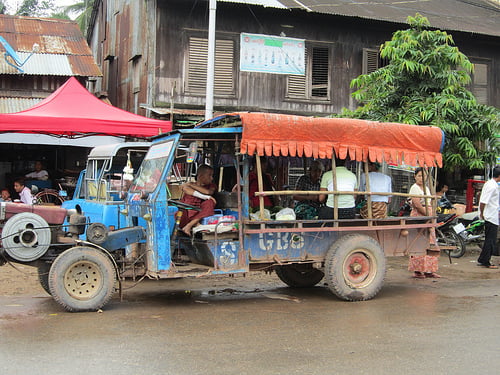 Swire met activists from Burma Campaign UK (BCUK) to analyse the situation of a country exhausted by over 50 years of military regime that brought about human rights violations, genocide, child labour and a lack of freedom of speech.

The minister discussed issues such as political prisoners, the conflict in Kachin State and the Rohingya people who have being denied citizenship and other rights.

He claimed that responsible investment can represent a turning point for Burmese people: “Burma remains a central foreign policy priority for this government, and for me personally.

“Over the last 18 months, we have seen significant strides towards reform – with the releases of political prisoners; credible by-elections; initial ceasefire agreements; and steps towards increasing humanitarian access to conflict areas.

“But we need to see that progress continue – one political prisoner is one too many, and ethnic discrimination must be brought to an end.”

International development minister Alan Duncan added that his department would be providing £600,000 to set up a Responsible Investment Resource Centre in Rangoon, to promote responsible business practices for both Burmese and foreign companies.

Duncan said, “One in four people in Burma live in poverty, and three out of four people have no access to electricity.

“Burma has vast potential and I want to see an increase in responsible investment, with the UK playing a leading role.”

The announcement comes after a report last week by Ecclesiastical Investment Management outlined that 48% of countries posed serious human rights risks to investors – including Burma. The investment group added that it was explicitly against investing in companies that operated in the country.