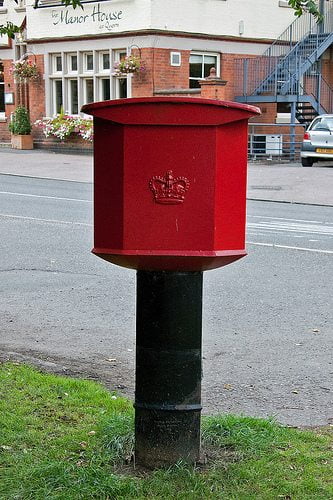 The government has given formal notice to the stock exchange that it plans to privatise the Royal Mail within weeks.

The Business Secretary Vince Cable has said the action was necessary to secure “a healthy future” for the Royal Mail.

“These measures will help ensure the long-term sustainability of the six days a week, one price goes anywhere universal postal service.

“By announcing that we intend to move ahead with a sale of shares in Royal Mail we are completing the third and final part of the reforms agreed in Parliament two years ago.”

Members of the public will be able to apply for a minimum of £750-worth of shares in the company, while 150,000 UK-based employees will receive free shares worth around £2000 each. It is expected that over 50% of the company will be sold.

The Royal Mail Group is the leading provider of postal and delivery services in the UK, delivering approximately 99% of letters and 53% of parcels. It is one of the largest employers in the UK.

The Communication Workers Union (CWU) opposes the floatation and is to ballot its members for industrial action. It is thought that the union may strike on October 10. This would create the unique situation of a major corporation being floated while its workers were on strike.

Critics of the floatation have argued that it is rushed. Chuka Umunna, Labour’s Shadow Business Secretary, said, “Ministers are pushing ahead with this politically-motivated fire sale of Royal Mail to fill the hole left by George Osborne’s failed plan.

“The Government has not addressed the huge concerns which remain on the impact the Royal Mail sale will have on consumers, businesses and communities, but ministers are ploughing on regardless.”

Labour had originally planned to privatise the Royal Mail when it was in power, but did not implement the plan. In the 1980s, when privatisation defined the era, Margaret Thatcher felt that selling the Royal Mail was one step too far, allegedly saying she was, “not prepared to have the Queen’s head privatised.”

A statement from the Department of Business, Innovation & Skills has defended the privatisation, arguing that the government will seek fair value for the company. “There’s no way we will sell Royal Mail ‘on the cheap.’”

In an article published in May in The Daily Telegraph, Thomas Pascoe makes the argument that the sales of such institutions has, “also resulted in the foolish privatisation of natural monopolies which has hampered Britain’s subsequent development.

“There are areas so vital to the national interest that they are unsuitable for the private sector. In an area such as coach journeys (National Bus Company/National Express), barriers to entry are low, and there is the possibility of a real variation in the offer made to consumers in terms of destination. For this reason, privatisation was successful.

“Areas such as energy and the railways should not have been privatised. For a start, it was almost impossible in both cases that privatisation would work its magic in terms of choice – train companies have not opened new stations, electricity companies all provide the same product from the same power lines.”

It looks like we will now find out if the 500-year old Royal Mail will go the way of coach companies or energy and railway. The Queen’s head will finally be privatised.