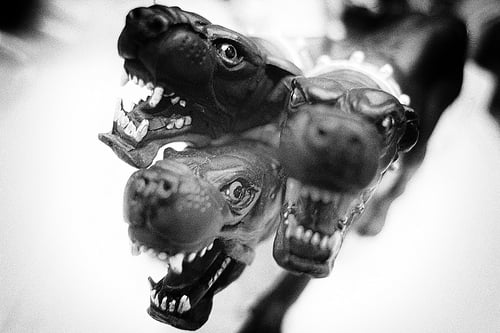 The now defunct Financial Services Authority (FSA) has been replaced by three shiny new three-lettered abbreviations, after the chancellor’s reform of financial regulation took affect this week. We briefly scan over the new terrain.

In legend, Cerberus guarded the gates of hell. Some would argue that was a far easier job compared to that of guarding the gates to the City of London.

The FSA was launched in 1997 as part of a now widely discredited approach to financial regulation. While different camps will argue whether it was too much or too little regulation that caused the financial crash, the FSA became tarred with giving financial services a clean bill of health.

What emerges from the rubble of the FSA are two new authorities and a committee.

Headed by the Bank of England’s deputy governor, Andrew Bailey, the Prudential Regulation Authority (PRA) will supervise 1,700 banks, building societies and investment firms, promoting their ‘safety and soundness’.  It is tasked with looking after policyholder interests and creating greater opportunities for challenger banks. The PRA sits under the auspices of the Bank of England.

Martin Wheatley, formerly of the FSA but most recently of the Hong Kong Securities and Futures Commission, will lead the new Financial Conduct Authority (FCA).  At arm’s length, it will observe the behaviour of financial services companies, protect consumers and crack down on criminal or unethical activities. Unlike the FSA, it will be able to pull suspect products or those that are mis-sold. Essentially, it’s the FSA rebranded with a few more teeth.

The final piece of the jigsaw is the Financial Policy Committee (FPC), headed by the Bank of England governor, Sir Mervyn King (and the incoming Mark Carney in June). The committee is tasked with preventing another crisis and supporting the government’s growth policies.

George Osborne asserted that the last crisis was partially caused because no one was monitoring systemic risks such as levels of debt. The FPC will do just that and has been operating as an interim organisation since 2011. Its last interim act was to reveal that UK’s top banks had a £25 billion shortfall in capital due to losses, fines and PPI compensations.

Somewhere in this TLAfest is the consumer.

Whether three heads is better that one is open to debate. The FSA failed because it was mandated to touch the market very lightly. Nor did it have the resources or teeth to investigate and challenge the better-resourced financial services companies.

Industry insiders, who staffed the FSA, might have known the technicalities of financial regulation, misunderstood or underestimated the moral and ethical vacuum that existed at the market’s heart.

We have the suspicion that this will be more like that Charlton Ogborn quote: “…we are so good at organising, we tend as a nation to meet any new situation by reorganising; and a wonderful method it can be for creating the illusion of progress while producing confusion, inefficiency and demoralisation.”