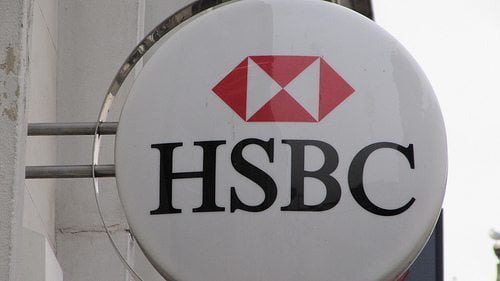 Swiss authorities have fined HSBC a record 40 million Swiss francs (£27.8m) over allegations it allowed money to be laundered in its Swiss subsidiary.

In a financial settlement that saw authorities in Geneva announce that it would close the investigation into money laundering, HSBC was ordered to pay the fine after an investigation by journalists accused the bank of helping arms dealers and tax avoiders.

The investigation, carried out by journalists from the Guardian and French newspaper Le Monde, accused HSBC of turning a blind eye to the illegal financial activities of arms dealer and helped wealthy customers evade taxes.

Announcing the largest fine ever imposed on a bank by Geneva, the city’s chief prosecutor Olivier Jornot said weaknesses in Swiss law enabled the activities to be overlooked by HSBC.

He said, “This matter shows the weakness of Swiss law in the matter of entry of criminal funds into the financial system,” adding that the bank was on its final warning and the excuse would only be accepted once.

But in a statement, the bank has denied any wrongdoing, saying that it had improved its compliant procedures and internal processes.

“The investigation conducted by the public prosecutor of the canton of Geneva into HSBC Private Bank (Suisse) SA (‘the Bank’) has been formally closed today. The investigation found that neither the bank nor its employees are suspected of any current criminal offences,” the statement said.

“The Geneva prosecutor acknowledges the progress the bank has made in recent years, including the improvements in its compliance function, internal processes and technology.”