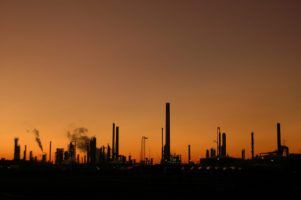 A fragile OPEC deal has lead to a rise in oil prises meaning companies must be wary of repeating the mistakes of the past. They must avoid throwing away investor cash on high-risk, high-cost projects, that make neither economic or climate sense, according to analysts at the Carbon Tracker Initiative.

As prices hover at a three-month high and as OPEC countries signal their ambition to rein in output further to support prices, big oil needs to exercise capital discipline and not react by following a business-as-usual investment strategy on any strong oil price recovery.

This is all the more important as the Paris Agreement which aims to slash greenhouse gas emissions by shifting away from fossil fuels to limit warming to well below two degrees Celsius (compared with pre-industrial times) nears entering into force.

Paul Spedding, former head of HSBC and an advisor to Carbon Tracker has set out the reasons why big oil needs to avoid repeating the mistakes of recent years in a blog for FT Alphaville here: http://ftalphaville.ft.com/2016/10/03/2176464/guest-post-big-oil-should-exercise-capital-discipline-as-prices-rise/

His views and that of Carbon Tracker on the risks associated with any knee-jerk reaction to higher oil prices are summarised below. Listed international oil companies need to:

· Forego the temptation to pursue an investment binge, be mindful of short-term price volatility and exercise capital discipline