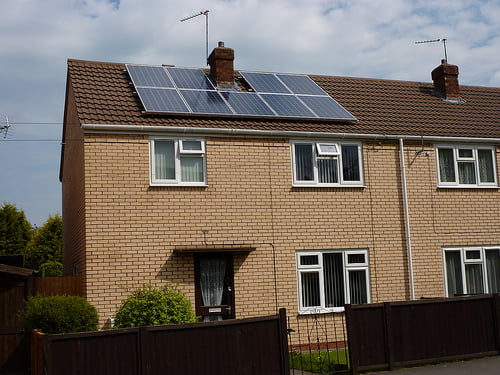 The solar industry has breathed a unified sigh of relief, after it emerged that cuts to the feed-in tariff scheme were to be delayed until August 1, giving advocates of the renewable technology more time to receive the higher subsidy.

The tariff will be reduced from its current 21p per kilowatt hour to 16p – over 2p more than the worst predictions for the cut.

“The sector has been through a difficult time, adjusting to the reality of sharply falling costs, but the reforms we are introducing today provide a strong, sustainable foundation for growth for the solar sector.”

As well as the delay to subsidy slashes, Barker played up the importance of solar in the UK’s energy mix, providing the industry with a welcome boost after months of uncertainty.

He unveiled a “2020 vision”, by which, the UK would produce 22 gigawatts of solar power, he pledged.

“We can now look with confidence to a future for solar which will see it go from a small cottage industry, anticipated under the previous scheme, to playing a significant part in Britain’s clean energy economy”, he added.

“I want to send a very clear message today. UK solar continues to be an attractive proposition for many consumers considering micro-generation technologies and that having placed the subsidy support for this technology on a long-term, sustainable footing, industry can plan for growth with confidence.”

The lift given to the industry was met with relief and praise by Friends of the Earth’s executive director, Andy Atkins, who said, “After a year and a half of crippling uncertainty, the sun is starting to shine again on the solar industry.”

He added, “Greg Barker’s 2020 vision will allow solar firms to get back on their feet, protect jobs and plan for the future – but to avoid more fiascos any mechanism for setting subsidy payments must be managed independently of Government.

“Developing the nation’s huge renewable energy potential will help drive us out of recession – the Government must make it easier for communities, schools and hospitals to plug into clean power.”

Meanwhile, Juliet Davenport, CEO and founder of Good Energy, said, “Good Energy supports a large number of social housing projects receiving the feed-in tariff so it’s good that their rates will now be better than expected.

“We’re also pleased to hear Greg Barker confirm that solar power has a vital role to play in the UK’s renewable energy mix, and that the Government is now seeking to provide a clearer path forward.”

The announcement will temporarily stall any insecurity that had engulfed the sector throughout the past few months, during which time the Government had, on more than one occasion, appealed against the High Court’s ruling that initial plans to cut subsidies were “legally flawed”.

It had been rumoured last week that any future cuts would be delayed, after energy secretary Ed Davey said the start date for the lower tariff may be “tweaked“.

As the UK’s only 100% renewable electricity supplier, we would recommend getting in touch with Good Energy if you want to make the switch to renewable energy.