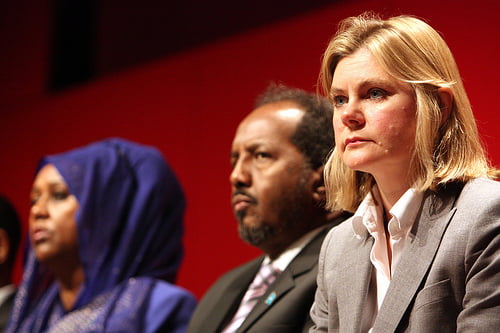 International development secretary Justine Greening and Goldman Sachs chairman Jim O’Neill have both been confirmed as keynote speakers at the FT/IFC Sustainable Finance Conference and Awards 2013 on June 13.

Greening, who has been MP for Putney since 2005, was appointed to her current role as secretary of state for international development in 2012.

In her previous role as transport secretary, Greening had vehemently opposed plans for a third runway at Heathrow. After the September reshuffle, which saw Patrick McLoughlin take over the transport brief and Greening move across to the international development department, green campaigners accused the government of “intense aviation lobbying over airport expansion“.

In February 2013, four months into her new job, Greening was named on the BBC Radio 4 Woman’s Hour Power List 2013 – a rundown of the 100 most powerful women in the UK today. The Queen, home secretary Harriet Harman and Santander CEO Ana Botín made up the top three.

Meanwhile, Jim O’Neill is the retiring chairman of Goldman Sachs Asset Management. Having joined in 1997 as head of global economics research, he became the first chairman of the bank’s asset management arm in 2010.

He is perhaps best known for coining BRIC, the acronym used to collectively describe the four fastest-growing economies of Brazil, Russia, India and China, in a 2001 paper entitled The World Needs Better Economic BRICs.

Greening will give a keynote address at the conference during the day, while O’Neill will speak at the evening awards ceremony.

The event organisers, the Financial Times and the International Finance Corporation, unveiled the conference’s list of speakers and the awards shortlist earlier this month.

The likes of James Cameron (Climate Change Capital), David Harris (FTSE Group) and Jin-Yong Cai (IFC) are all set to give talks.