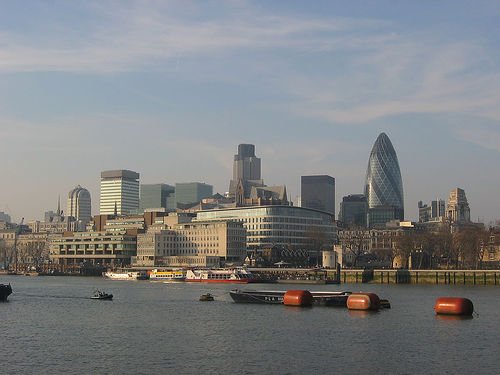 Eighty-six per cent of people think there should be a compulsory code of conduct for bankers, similar to the guidelines that doctors and lawyers must adhere to.

In a survey conducted by consumer group Which?, 85% said this code of conduct should be underpinned by law.

The research comes as the parliamentary banking commission prepares the release of its final report, after a 12-month period that has seen the big banks disciplined for their role in the Libor scandal, mis-sell products to customers and incur massive fines for illegal activity.

And, despite concerted efforts to paint themselves in a more ethical and responsible light in recent months, just 6% of respondents in the Which? survey said they thought bankers act in customers’ best interests. This is down from 9% in August 2012.

The figures serve as a natural rallying cry for consumers to move their money to more sustainable, ethical and responsible banking options – many of which were outlined in Blue & Green Tomorrow’s Guide to Sustainable Banking 2012.

“Every day people are switching banks because they feel cheated about the way their money is being used to fund big bonuses and bogus business practices”, said Laura Willoughby, chief executive of campaign group Move Your Money.

“But whilst these results come as no surprise, they show that the banking reform bill doesn’t go far enough to reassure consumers, or to reign in Britain’s broken banks.

“The current proposals neither carry the confidence of the public, nor provide the protection we need from another banking crisis. As a result, it is essential that the public pressures MPs to clamp down on the corrosive bank behaviour that crippled our economy.”

Just 4% of people trust bankers to behave ethically. This makes it one of the least trusted industries, with only one in 10 saying they trusted bankers.

To regain consumer trust, 95% in the Which? survey called for stronger action against criminal behaviour, while 92% said they wanted to see bonuses recouped from bankers that have explicitly gone against customer interests.

Which? executive director Richard Lloyd said banking customers “now need the government, regulators and industry to redouble their efforts to rebuild trust and bring about a big change in banking.”