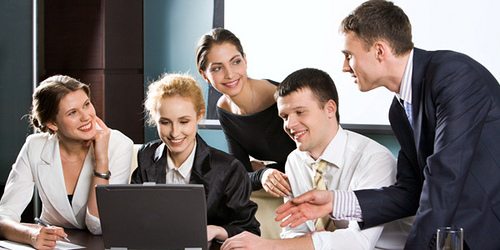 A new FTSE Index has been launched in an effort to make it easier for investors to identify and put their money into companies that have adopted employee ownership schemes.

Sixty-nine UK firms currently listed on the London Stock Exchange have at least 3% of their issued stock capital held by, or for the benefit of, employees.

Employee ownership enables workers to have a stake in the business and a result are often more productive and have committed staff. According to the government, the index demonstrates that businesses that embrace employee ownership regularly outperform the comparable FTSE 100 and All-Share indices. It is hoped the index will also encourage more companies to adopt the sustainable business model.

Business minister Jo Swinson said, “As we build a stronger economy, there has never been a more important time to promote successful ways of running a business. Evidence shows that businesses that adopt the employee ownership model can be more profitable, create more jobs and are more resilient to economic shocks.”

She added that the index meant investors could now benefit from the success of “thriving employee ownership businesses”.

The index launch coincided with the publication of the Nuttall review of employee ownership: one year on report. The report found that over the last year there had been encouraging signs that obstacles are being removed and employee ownership is becoming more mainstream.

Graeme Nuttall, author of the review, commented, “One year on from the government’s response to the Nuttall review, it is right to say that much has been achieved.

“However, the bar has now been raised and there is more to do if we are to succeed in making this the decade of employee ownership.”

While the Employee Ownership Associated (EOA) said it applauded ministers and officials in supporting the employee ownership agenda, it said the overall picture was one of “modest incremental steps”.

Iain Hasdell, chief executive of the EOA, said, “The pace and scale of change over the next year will need to be significantly better if the EOA’s widely endorsed target of 10% GDP being delivered by employee owned businesses is to be achieved.”