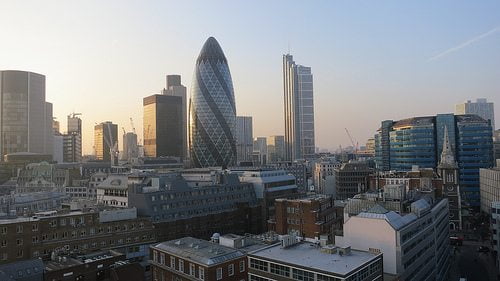 Countries with larger banking sectors experience greater inequality and slower economic growth, according to a report published by the Organisation for Economic Co-operation and Development (OECD).

A report by the OECD has said that countries that have larger banking sectors have higher levels of inequality and slower rates of growth, with some calling the actions of the financial sector “socially useless”.

Analysis from 50 years in its 34 member countries showed that large financial sectors have the potential to slow down the rate of growth of the economy, while the higher paid workers within the financial sector exacerbate income inequality.

The report said that there can be too much finance that pushes credit to the wrong places, meaning that finance is not used for the most efficient social purposes.

“There can be too much finance. When the financial sector is well developed, as has been the case in OECD economies for some time, further increases in its size usually slow long-term growth”,  the report said.

Economists at the Paris-based think-tank launched the report at an event in London on Wednesday, saying that the high financial rewards of the within the sector mean that too many talented people are “sucked in”, instead of doing something else.

Christine Mann, chief economist at the OECD said that larger banks tended to lend too much money because there was the expectation that when things went wrong, governments would bail them out.

The report also said that banks had a habit of pumping excessive credit into households which creates unsustainable bubbles, rather than investing in developing companies that had the potential to stimulate growth.

Mann also called for reforms of pay in the banking and financial sectors, including extending the period by which bonuses could be clawed back from top banking figures.

Global turmoil or a crude stimulus for the economy?