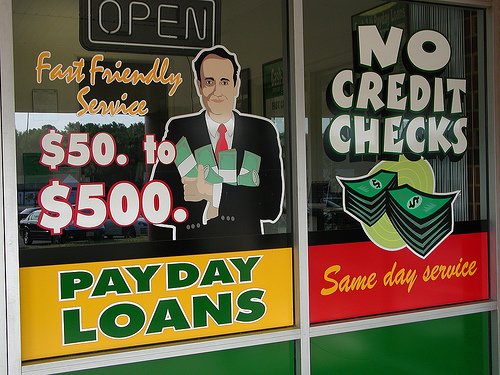 Payday lenders heap pressure on borrowers, fail to undertake sufficient background checks and even lend money to people who are drunk or have mental health issues, according to research by Citizens Advice.

The organisation, whose investigation took place between November and May, describes the industry as “out of control” and says it has “showed a complete disregard for its customers”.

Fifty-eight per cent of companies failed to make customers aware that payday loans – short-term, unsecured loans with high interest rates – should not be used to plug long-term financial holes. Meanwhile, 72% put pressure on borrowers to extend their loans.

They are also accused of irresponsible lending, draining bank accounts and harassment.

Citizens Advice concludes that the Office of Fair Trading (OFT) must take decisive action to put shackles on such firms.

“The OFT has an opportunity to wipe out the distress caused by this industry and make sure it is transformed into a responsible short-term credit market”, said Citizens Advice chief executive Gillian Guy.

“It is vital that, following the investigation, the OFT takes swift action to protect consumers from the harm caused by these unscrupulous lenders.”

Research by housing charity Shelter estimated that some 4 million people would take out a payday loan to cover the cost of Christmas 2012.

However, the Consumer Finance Association (CFA) – the trade body for many of the larger payday lenders – said that the majority of customers acquire and repay their short-term loans without controversy.

“We have put in place a tough code of practice which is independently monitored and enforced in order to ensure that our members do not engage in the kind of practices highlighted by the Citizens Advice survey”, said CFA chief executive Russell Hamblin-Boone.

“These measures are raising standards and protecting the vast majority of customers who, it should be remembered, never seek help from Citizens Advice as they do not experience problems with repaying their loans.”