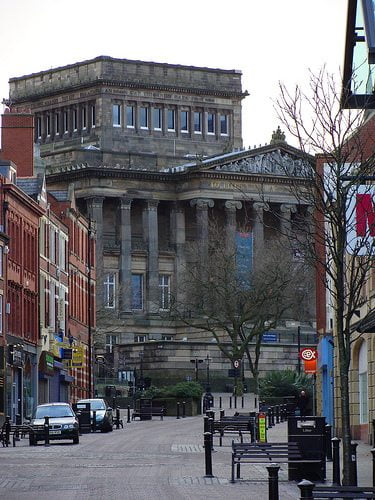 Residents in the Lancashire city of Preston are being encouraged by their local council to join the alternative banking campaign Move Your Money.

Preston city council says it believes that since the 2008 financial crash, people are being increasingly concerned about where their money is going and what is being used to fund.

Whilst many councils across the UK have backed alternative banking, Preston is the first to actively encourage individuals and businesses to make the switch.

City councillor Martyn Rawlinson, cabinet member for resources, said, “Now, more than ever people want to know what’s happening to their money. Is it safe? Is it invested properly and in investments that not only guarantee a financial return but are ethically sound too?  Is the money being used in a way that it doesn’t harm the environment or even contribute to making people ill?

“By taking a greater interest in what happens to our money we can make a difference, not only to our community but across the world as a whole.”

The council also announced a £100,000 investment in a Preston-based credit union, Guild Money, which will help people with their savings and make it easier to access cheap loans. It believes that it can use its financial resources as a “positive resource to help local people”.

Charlotte Webster, campaign director at Move Your Money, welcomed the support of the council.

She said, “It’s vital people know where their money is and what it’s being used for. As we’ve seen over the last few years many banks and financial institutions have invested our money in a way that’s more in their interests than ours.

“Fundamentally, this led to greater risk taking, followed by a financial crisis that has affected each and every one of us”.

Move Your Money campaigns for fairer and simpler banking, and puts pressure on banks to make their processes more transparent and open. Last year, it launched a  banking scorecard in order to help customers find “something better”.