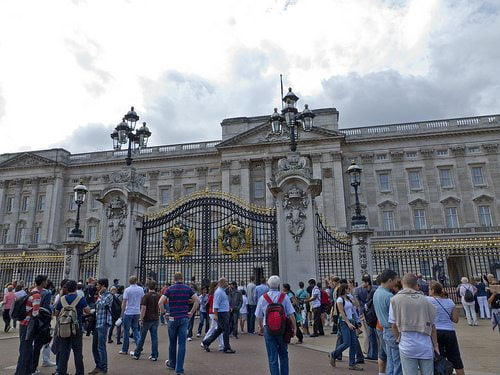 The royal family is expected to come under scrutiny over its financial accounts after a report by a committee of MPs said the royal household was not living within its means.

With crumbling palaces and castles commanding large repair bills, in addition to changes in the way the monarchy is publicly funded, MPs on the public accounts committee said the royals were simply not balancing the books.

According to the report, net expenditure sat at £33.3m in the year 2012/13. Meanwhile, the sovereign grant, given by the government to cover the cost of the upkeep of royal residences and the Queen’s official public duties, was £31m.

In 2009, the household deemed that 39% of its property assets – which are not personally owned by the Queen, but held in trust – were in a deteriorating condition. The committee of MPs said it must “get a grip” on its backlog in maintenance.

MPs also said there was further scope to open up royal palaces and residences to the public in order to generate more income.

Buckingham Palace, for instance, is only open to the public for 78 days a year, attracting 500,000 annual visitors. This is compared to the 2m people who flock to the Tower of London.

She added, “Since 2007/08, the household has cut its net costs by 16% in real terms, but 11% of that was achieved by increasing income, and just 5% by reducing expenditure. With better commercial expertise in place, we think there is room to do more with less, reducing costs further and supporting the Queen’s programme more effectively.”

A spokeswoman for Buckingham Palace said, “The move to the Sovereign Grant has created a more transparent and scrutinised system, which enables the royal household to allocate funding according to priorities.

“This has resulted in a more efficient use of public funds.”

They added that the palace regarded a reduction in the backlog of essential maintenance across royal palaces as a priority.

A Treasury spokesman said, “The new arrangements established by the Sovereign Grant Act have made the royal finances more transparent than ever while providing the long term stability necessary for good planning”.