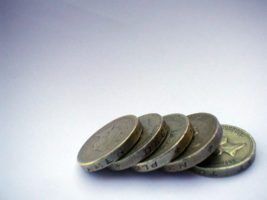 Following the release of the CMAs final report this morning, money.co.uk responds

Hannah Maundrell, Editor in Chief of money.co.uk comments; “It’s been a long time coming but while the CMA’s action plan is a step in the right direction I simply don’t feel they’ve done enough to unlock the iron cuffs that chain people to their bank account. Their package of remedies feel like small steps in the right direction when a giant leap is needed to shake up the sluggish sector.

“Giving banks the freedom to set their own maximum overdraft charges seems counter-productive; forgoing portable account numbers for a more-cost-effective longer transaction transfer window is a wishy-washy result and failing to quash the mythical concept of free banking is something of a missed opportunity.

“Forcing banks to give you a copy of your transaction history when you switch is a hidden gem, as is the grace period for topping up your account to stop payments bouncing. The introduction of a review based system is smart but will only work if no bank manages to play the system.

“The saving grace of today’s announcement is the CMA’s decision to introduce a slick Open Banking system that will help us supercharge our current account comparison and expose the worst offenders whether you’re in your overdraft or out.

I’m disappointed they don’t seem to have gone as far as to set clear standards for current account comparison sites though.

“I’m disappointed they don’t seem to have gone as far as to set clear standards for current account comparison sites though. Without this, bad comparisons by some could cause more confusion than clarity.

“The big issue is still that people simply don’t see the benefit in switching and treat overdrafts as an easy way to borrow a bit more rather than an expensive crutch that could turn into a dangerous habit.

“More still needs to be done to break the cycle and help people realise the only reason their bank wants them as a customer is because they’re an easy sell for other products.”