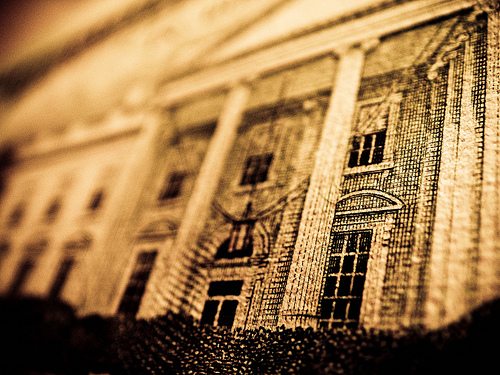 Investors in the US currently have an “incomplete picture” about how companies they invest in affect the political process, according to a new guide that aims to shed light on the issue.

Confronting Corporate Money in Politics, from the US SIF Foundation – a research body that forms part of the US Forum for Sustainable and Responsible Investment – argues such gaps in transparency could “erode public trust and investor confidence”.

It calls on investors to use their weight as shareholders to engage with companies on the issue – either by filing resolutions that are then voted on by all shareholders or by helping influence their fund manager’s vote.

“Public opinion polls confirm that the vast majority of Americans are concerned that there is too much money in politics and that companies should only spend money on political campaigns if they disclose their spending immediately”, said Lisa Woll, CEO of the US SIF Foundation.

“Responsible investors share their concerns, and believe that the companies in which they invest should report and be able to explain the rationale for their political expenditures with corporate funds.”

In the US, organisations are allowed to spend unlimited amounts for political means during election campaigns. According to the Federal Election Commission (FEC) – an independent regulator – $7 billion (£4.2 billion) was spent during the 2012 elections. The US Centre for Responsive Politics said the presidential election alone accounted for $2.6 billion (£1.6 billion) of this total.

In comparison, the last UK general election saw political parties and third party organisations spend £33.7m – down from £44m in 2005.

This is partly explained by the different electoral spending law in the UK. The Political Parties, Elections and Referendums Act currently limits the amount third parties can spend in the year before an election. However, the transparency of lobbying, non-party campaigning and trade union administration bill – set to become law this year – aims to squeeze that spending cap even further.

The bill, labelled the ‘gagging law’, has received criticism from charities and campaign groups who argue it is rushed, badly designed and undemocratic.

The US SIF Foundation guide outlines some of the ways US investors – both individual and institutional – can speak out about the issue. It concludes that greater transparency from companies will give shareholders “a clear picture of corporate efforts to influence the political system”.