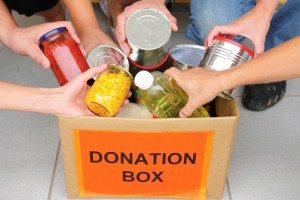 The Rise In Food Banks

The figures from the Trussell Trust, a non-governmental Christian charity which coordinates food banks in the UK, revealed over 1 million Brits received an emergency ‘three day food parcel’ in 2014-2015. This shocking figure is only set to increase and does not include any other food banks run by other charities and organisations.

Below is some of the possible causes of this steep increase in the need for emergency food packages and what can be done to alleviate the issue.

Why Do People Need To Turn To Food Banks?

The exact reason for the increase in the number of people needing to access emergency food is under much debate across the UK. However, the Trussell Trust and many other charities believe that it is a direct result of austerity cuts in combination with unemployment levels. A recent study published by the British Medical Journal states that a direct link has been found between the greater use of food banks and higher unemployment, sanctions and cuts in welfare spending.

Lower wages, insecure work, high renting costs, increased cost of living and cuts to the welfare budget are all being blamed for the rise in food banks. Both working and unemployed people are finding it hard to cover all of their costs and afford to feed themselves and their families. The Trussell Trust claim that over a third of the aid given out by its 445 food banks in 2014-2015 went to children and that the main reason given to them for needing emergency food parcels was problems with benefits. The charity has also seen an increase in those on low incomes seeking help.

So What Can Be Done To Help?

The Trussell Trust says that the first thing to do is listen to the people who need the help in the first place. While the current government are claiming their austerity measures are working, they are ignoring the plight of the lower classes and leaving many of the poorest in our society in desperate need of help.

In commenting on the figures, the Trussell Trust UK food bank director Adrian Curtis said: “The Trussell Trust’s latest figures highlight how vital it is that we all work to prevent and relieve hunger in the UK.”

“It’s crucial that we listen to the experiences of people using food banks to truly understand the nature of the problems they face.”

The obvious solution to the issue is an increase in wages, more secure jobs, less exploitative contracts and lowered housing prices… which sounds like an unattainable dream when it’s typed out like that and you look at the state of society in the UK currently and how few of these issues are being tackled in an attainable and achievable way by out of touch politicians. Working together and collaboratively to improve the life of every person in our society is the way forward in rectifying this harrowing food bank trend but does the government even want to listen or acknowledge their culpability?

Article supplied by www.flowcaritas.co.uk – recruiter for jobs in the charity and not for profit industries.