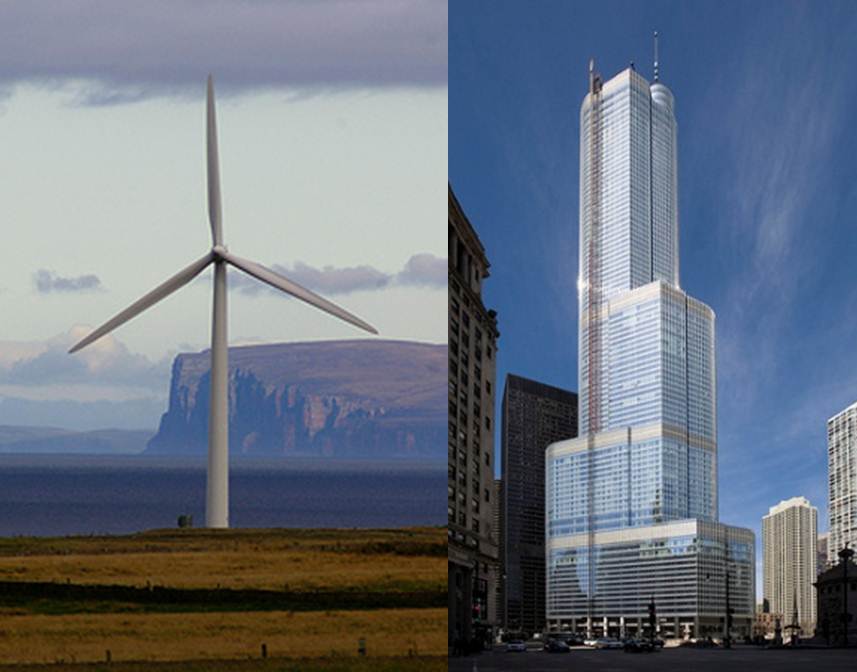 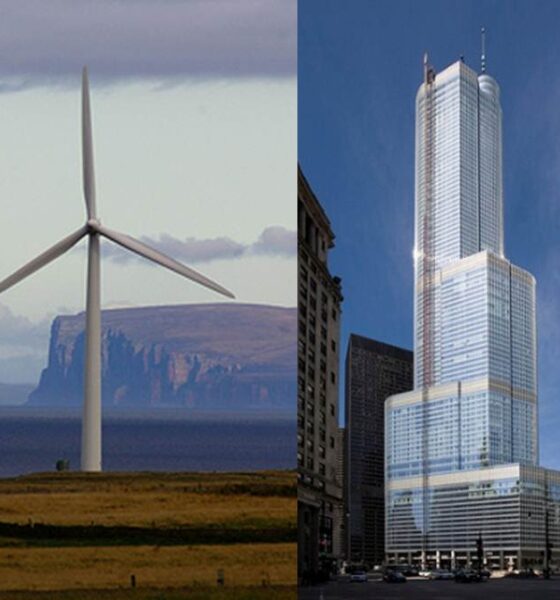 Scottish first minister Alex Salmond has responded to Donald Trump’s wind criticisms in a public letter to the US tycoon.

Trump this week reinforced his anger over the Scottish Government’s drive for wind farms by accusing Salmond of “committing financial suicide”.

In a seven-page letter, Trump attempts to influence Salmond to pull the plug on the proposed 11-turbine European Offshore Deployment Centre situated just off the coast of his £750 million luxury golf development at Menie, Aberdeenshire. On April 25, Trump will address the Scottish Parliament’s Economy, Energy and Tourism directly on the issue.

But Salmond has publicly told the American billionaire that Scotland is completely focused on capitalising on the vast energy potential that offshore wind technology brings.

In his own letter, the first minister wrote, “I don’t expect you to support the development of offshore wind in Scotland, but I hope this letter will allow you to understand the position of the Scottish government in terms of the importance we place on this industry’s great potential.

“It is my belief that Scotland’s great cities and ports are ideally placed to become a key hub for the rapidly growing multi-billion pound offshore renewables industry.

“Our waters are estimated to have as much as a quarter of Europe’s potential offshore wind energy, and we are perfectly positioned to develop the technology that will power this renewables revolution.”

Aside from this clash with the first minister over proposals affecting his personal investment, the tycoon’s long string of ‘trumped-up’ anti-turbine nonsense is a disappointing reflection of two key problems associated with a recent flurry of anti-wind farm opinion.

Firstly, critics often fail to understand just how firmly Scotland has positioned itself at the leading edge of scientific innovation. Investment into the drive to tackle climate change is met at almost every opportunity with the building of test centres to develop more cost-effective renewable energy technologies and bring arrays to commercial-scale application.

Perhaps the recent anti-turbine campaigners and opposition-party politicians in Dumfries and Galloway, who claim that Salmond’s drive towards a “renewables revolution” is scarring their countryside, have yet to realise how scientific progress is helping Scotland down the road towards a sustainable future.

This is not to excuse careless destruction of the Scottish wilderness. Environmental preservation is clearly important to the nation’s ecosystems and tourism industry. However, viewing the countryside and coastline in a way that prevents the thought of development entering the imagination is a both unrealistic and outdated.

More information from leading scientists would encourage people to take intelligent action against climate change for the benefit of our future generations. This would improve the collective understanding of why it is necessary to continue investing in the growth of the renewables sector, where both wind and marine energy sit at the core.

The second issue with wind farm criticism is the profound ability to overlook how the renewable industry supply chain can help redefine the economy in those places most in need by creating job opportunities and training apprenticeships.

One recent anti-wind letter published in The Scotsman voiced concerns that Salmond’s wind power strategy resembled policy failures of UK post-war multi-story housing schemes. Yet, ironically, this overlooks the renewable energy sector’s potential to actually counter the failures of the 1950s and ‘60s by providing jobs and training to up-skill and re-skill available workers, some of whom live in the housing schemes built in old industrial areas.

Reinvestment from income generated by a growing and profiting renewables industry could also be channelled into the local economy and education system, while helping to improve standards of local housing.

Edinburgh’s port of Leith typifies an area affected by twentieth century industrial decline, where a significant proportion of people remain affected by structural unemployment. Yet it is now set to become a major hub in Scotland’s drive towards sustainability as the area’s character shifts away from housing developments and retail towards renewables.

A new £125m wind turbine plant is to be assembled in the middle of 2013 by Spanish company Gamesa in partnership with Forth Ports, creating over 800 jobs and helping stimulate growth of the renewables industry in the local area.

Chief executive of Forth Ports, Charles Hammond, said, “Gamesa redefines Leith as a modern industrial port and a centre for renewables.

“I am an advocate of the renewables industry because it is the clearest strategy for helping the economy of Scotland.

“We have been working on renewables for four to five years in Dundee and we recently saw the potential at Leith, which is why we were keen to see it included in the infrastructure plan.”

Indeed, the SNP just launched a fresh political campaign on April 17, with the pledge to transform the port area of Dundee—a key port during the industrial revolution—into a centre for renewable technology industries.

On the flipside, some recent disappointment also emerged with Doosan Power Systems deciding to delay plans to enter the UK offshore wind market because of a lack of investor confidence caused by the European debt crisis, likely cutting off its planned £170m investment into a renewables research centre outside of Glasgow.

From a UK perspective, in a drive to continue improving the cost-effectiveness of offshore wind energy, two 6MW Siemens next generation offshore wind turbines at Gunfleet sands off the eastern coast of England have just been given the go-ahead. The demonstration project will form part of Dong Energy’s existing 172MW offshore wind farm site located just south east of Clacton-on-Sea.

The more prominent wind story in the media this week centred on climate minister Greg Barker’s comments—or, rather, misinterpretation of comments—as he stood against claims that he had pulled back from his onshore wind policy strategy under pressure from Tory backbenchers.

He branded the headline earlier on in the week as “spurious”, confirming that sufficient onshore wind developments were in the pipeline to meet the 2020 onshore wind farm capacity target of 13GW.

Despite a mixed bag of wind power news coverage, the market for renewables investment across the UK still shows a very positive trend. Read out new Guide to Sustainable Investment to find out how you can benefit from this rapidly growing sector.