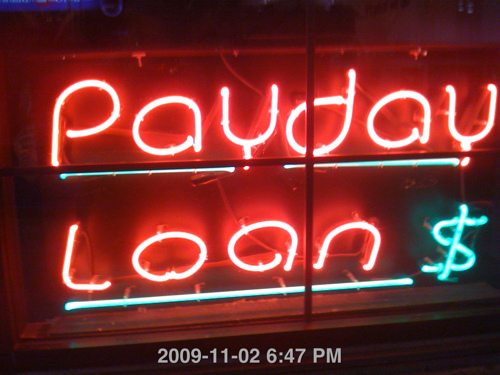 Investment firm Hargreaves Lansdown have suggested that households should be able to access a cash reserve of a few hundred pounds, withdrawn from their savings, in order to avoid relying on payday loans.

Accessing pensions before retirement, suggest the firm, would take the immediate pressure off households when struggling to pay small bills, avoiding a direct reliance on payday loans, which can create more debt.

The payday loan industry has boomed in recent years, as hikes in bills and a steady decline in wages has left many people out of pocket.

A survey conducted by the Competition and Markets Authority concluded that people used the loans when they suffered unforeseen hikes in their outgoings.

Such troubles encourage people to access payday loan companies like Wonga, who charge excessive annual rates of interest in the thousands of percent. When payments are missed, loans from payday lenders can quickly become unmanageable, as hikes in interest on repayments make them unaffordable.

Tom McPhail, head of pensions research at Hargreaves Lansdown, said, “Given the success of auto-enrolment and the low opt-out rates, we believe now is the right moment to look at how the pensions industry can help to solve a financial challenge which is particularly relevant to lower-income households.”

Hargreaves therefore suggest an early access gateway to pensions in order to avoid the shortfall. With more employers enrolling employees automatically on pension schemes, due to recent changes that make the pension market more flexible, people could build up cash reserves in less than two years.

The firm also suggested that to make sure the money is used correctly, people should have to discuss the decision with the Money Advice Service or The Pensions Advice Service before they access the funds.

McPhail added, “For many people, simply having a cash reserve of a few hundred pounds to draw on in an emergency would be a huge step forwards in strengthening the country’s financial resilience.

“It could be achieved at no extra cost to the savers, and with minimal disruption to the pensions system.”