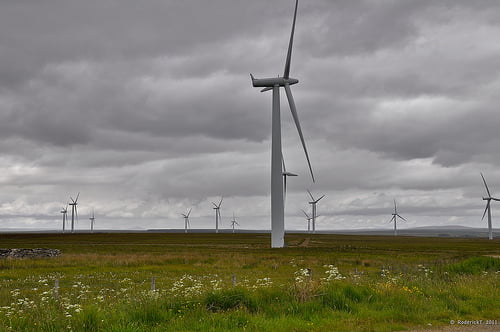 Scotland’s first minister Alex Salmond has announced that his country will be producing half its electricity from renewable energy by 2015 – five years earlier than planned.

Salmond revealed the ambitious target at trade body RenewableUK’s annual conference in Glasgow yesterday, saying that the Scottish government had updated the contribution of renewables because of the sector’s rapid progress.

Figures released by the Department of Energy and Climate Change (DECC) recently showed that 35% of Scotland’s electricity came from renewable sources in 2011.

Salmond said, “When I became first minister in 2007, I inherited a target for 50% of Scotland’s electricity to be produced by renewable sources by 2020. We now know that we can achieve much more than that, more quickly – having already exceeded our 2011 target.

“Last year, we published a Routemap for Renewable Energy for Scotland, outlining how we would meet the equivalent of 100% of Scotland’s electricity demand from renewable sources by 2020. Today, we are publishing an update to that Routemap. It shows clearly the progress that has been made in the last year.

The first minister lauded his country’s clean energy progress at the FT Global Energy Leaders Summit in September, saying that Scotland has around 25% of Europe’s wave power and 10% of its tidal, but only 1% of its population.

This fact sets the nation in good stead in terms of being at the forefront of Europe’s renewable energy industry.