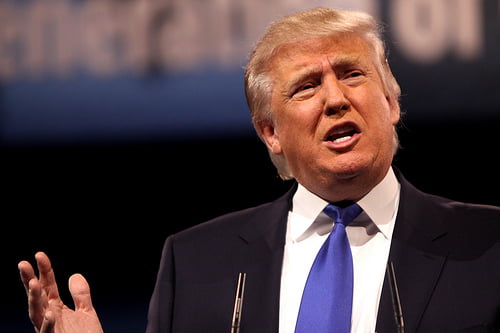 The Scottish government has approved an 11-turbine offshore wind farm near Aberdeen, ignoring threats of legal action from US billionaire tycoon Donald Trump.

Trump, an ardent anti-wind campaigner, strongly opposed the project, owned by the Swedish Vattenfall company, claiming it would ruin the Scottish landscape and the view from his luxury golf resort.

He has previously described wind turbines as “obsolete technology”, “industrial junk” and “monsters”.

Scottish first minister Alex Salmond replied by saying that the development of the wind farm would help the country reach its climate targets, and provide new jobs and clean energy for many people in Aberdeen.

In a letter to the tycoon last year, Salmond wrote, “Our waters are estimated to have as much as a quarter of Europe’s potential offshore wind energy, and we are perfectly positioned to develop the technology that will power this renewables revolution.”

The Guardian has reported this week that Trump was outraged with the approval of the development. He is said to be threatening legal action for what he considers a “political decision”.

He added that Scotland will lose revenue from tourism, though at this stage, the project is purely expected to create new jobs and promote investment in the clean energy sector.

Dr Richard Dixon, director of Friends of the Earth Scotland, said, “Renewable energy is already playing a huge role in reducing Scotland’s climate change emissions. Offshore wind will be a huge part of our energy future and this scheme is a big step forward.

“Giving the go-ahead for this scheme is a boost for jobs and will help us cut carbon emissions. Well done to the Scottish government for standing up to Donald Trump’s threats and bluster.”