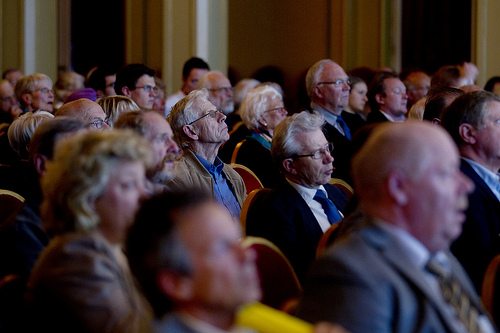 Shareholder revolts within FTSE 350 companies, on issues such as remuneration reports and the role of auditors in the organisation, have increased since 2010.

According to research by corporate governance consultancy firm PIRC, 3.14% of investors didn’t support the choice of auditors in 2013, compared to 1.57% in 2010. Meanwhile, although the percentage of investors failing to support remuneration reports fell slightly between 2012 and 2013, over three years this group has increased from 8.05% to 9.28%.

The figures more investors are using their ownership rights to hold companies to account over issues of debate, which PIRC says makes for positive reading.

The issue of auditors is often a prickly one for shareholders. The ‘big four’ firms – PricewaterhouseCoopers, Ernst & Young, Deloitte and KPMG – dominate the vast majority of the market, particularly among firms listed on the FTSE 350 and FTSE 100.

The Financial Reporting Council (FRC) said in May that it would be conducting an investigation into the ethical standards of major audit firms in the UK, after its annual review pulled up “a number of specific issues” relating to compliance with its guidelines.

Speaking about  the increasing number of investors not supporting issues relating to their firm’s auditors, a PIRC spokesperson said, “If companies want to turn this around then they need to focus on the issues that concern investors, like the auditor undertaking non-audit work that is more financially valuable than the audit itself.

“Companies are also like to face more pressure to change their audit firm if they have been in place for a long time, or at least re-tender, so this is something they could address proactively.

But it’s not just within mainstream financial services firms where the auditors are subject to opposition. At Ecology Building Society’s annual general meeting in March, KPMG’s role as auditor was questioned by some members. Ecology justified its choice by saying the task of auditing the building society was too large for smaller accountancy firms.

The PIRC figures also show that the percentage of investors who failed to support the election or re-election of company directors increased over the three-year period – from 2.7% in 2010 to 3.52% in 2013.

The PIRC spokesperson added, “It is clear that, although the fireworks of last AGM season have not been repeated, shareholders are continuing to keep the pressure up.

“It may simply be the case that because FTSE 100 companies have not generally been in the firing line this year, large votes against are going unnoticed.”

The Guide to Ownership 2013