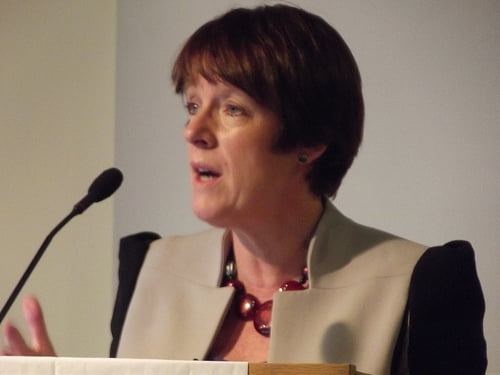 The environment secretary says the world must set new goals to create a greener economy as she spoke about her plans for the United Nations sustainable conference. Charlotte Reid has more.

Caroline Spelman, environment secretary, says that our “economic and environmental security” relies on having ambitious outcomes from Rio+20.

The environment secretary says the world must set new goals to create a greener economy as she spoke about her plans for the United Nations sustainable conference. Charlotte Reid has more.

Caroline Spelman, environment secretary, says that our “economic and environmental security” relies on having ambitious outcomes from Rio+20.

Speaking at the London Guildhall to businesses and green groups, she said urgent action was needed because, “The international community has not made sufficient progress on important world challenges such as food security, access to clean water and sustainable energy”.

So the UK is working on new Sustainable Development Goals (SDG) to bring together efforts on sustainability issues, such as food security and water.

What Spelman is calling for fits in with the main themes of the United Nations (UN) conference, creating a green economy and a framework for sustainable development.

The UN Conference on Sustainable Development will be held in Rio de Janeiro, Brazil, in June. It will be used as a chance for world leaders to look at what the future of the planet holds and how it can be changed.

It marks 20 years since the original Earth Summit, where action to tackle climate change originally began.

Connie Hedegaard, EU commissioner for climate change, said the upcoming talks in Brazil are an “opportunity to rethink” the way that the economy currently works.

As part of the run up to the conference the UN has released a report recommending what world leaders should address. It is called Resilient People, Resilient Planet: a future worth choosing. It says that world prices need to look beyond gross domestic product (GDP), the final value of a product and start taking into account the environmental costs of products too.

Spelman also called for countries to move away from using just GDP as an indicator of progress. The proposal is called “GDP+” and would also get countries to measure the value of their natural resources and the wellbeing of their people.

The environment secretary said, “It is becoming more and more apparent that GDP is not a perfect measure of progress, because it deals solely with economic output. It does not consider the other factors that contribute to sustainable growth such as natural resources, or social wellbeing”.

She added, “We are committed to achieving growth, but this should not come at the cost of the natural resources we take for granted, or at the cost of wellbeing. We want to see countries acknowledging the true value of nature to our economy, by reflecting its worth in their accounts”.

Spelman said, “Ultimately, it is the private sector and civil society who will deliver the green economy”.

Blue & Green Tomorrow have previously written about the variety of ways that you can help out the planet through investment. There are a number of ethical IFAs and funds available which give a helping hand to the environment.

To start doing your part to create a greener economy, speak to your IFA. If you don’t have one then fill in our online form and we’ll put you in touch with a specialist financial adviser.