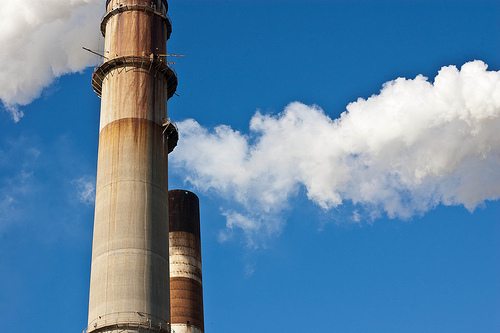 Action on climate change could create over 1 million jobs by 2030 across the EU, US and China, while preventing over 100,000 premature deaths each year, according to a new study from the NewClimate Institute that looks at the economic benefits of climate mitigation.

The report has been released as countries began submitting their Intended Nationally Determined Contributions (INDC) for the new international climate change agreement, which is expected to be agreed at a UN conference in December in Paris. An INDC sets out a country’s proposed national targets and goals for climate action after 2020.

INDCs vary depending on the country, for example, some set out greenhouse gas emissions targets while others may set out a programme of intended policies. Countries are expected to present their contributions as ambitious as their national circumstance will allow.

However, the research argues, “All too often climate change mitigation ambition potential is stymied by cost-benefit analyses that neglect to consult a thorough consideration of the latter component – the benefits”.

The study adds that an increasing volume of research demonstrates how the benefits of climate change action can “bring down the perceived costs considerably” and even generate economy-wide returns.

The INDCs of the EU, as well as the anticipated contributions from the US and China, were analysed for the study. The combined benefits of these INDCs in 2030 amount to reduced reliance on imported fossil fuels, preventing over 100,000 premature deaths and the creation of over 1 million jobs.

However, while the proposals go some way to meeting the internationally agreed 2C temperature rise limit they are not yet sufficient. Previous analysis from the Climate Action Tracker suggests that the proposals would results in warming in the region of 2.9C – 3.1C.

The latest study argues that if INDCs were increased in their ambition to meet a trajectory that is consistent with the 2C goal, the benefits would also grow, potentially offsetting costs in the long-term. According to the research, the strengthened INDCs could result in saving over $500 billion (£338bn) in fossil fuel imports each year, the prevention of over 1 million premature deaths annually and generate nearly 2 million green jobs.

The NewClimate Institute added, “Recognition of both the achieved and potential co-benefits may increase the willingness of decision makers and influential stakeholders to embark on more ambition climate action strategies by highlighting the tangible synergies between mitigation measures and national development goals.”