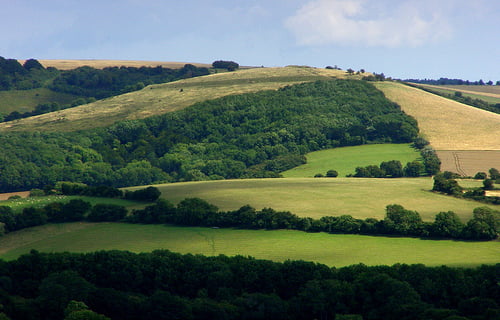 The original draft NPPF was released in July 2011 to widespread anger and criticism. It speaks volumes that a Conservative-led coalition can unite The Daily Telegraph, the Campaign to Protect Rural England (CPRE) and the National Trust in campaigning against a new policy.

The original draft NPPF was released in July 2011 to widespread anger and criticism. It speaks volumes that a Conservative-led coalition can unite The Daily Telegraph, the Campaign to Protect Rural England (CPRE) and the National Trust in campaigning against a new policy.

Yesterday, the government released the revised policy document. While both the CPRE and the National Trust have promised to scrutinise the details of the document, many of those who opposed the original draft seem to be appeased. For now.

CPRE chief executive Shaun Spiers said, “We are pleased the Minister appears to have listened to the strong public views, which mirrored our concerns”. While The National Trust’s Planning for People said, “We welcome the improvements, which have been made to the draft”.

Principal concerns over the original draft were that it:

•    left open the definition of ‘sustainable’ development, despite this being core to the document’s aim

One wonders how they could have got it so fundamentally wrong. Rumours abound that developers wrote much of the original document, a fact that would go some way to explaining the document’s bias…

Concerns remain about the level of commitment to brownfield development, allowing economic growth to trump the environment and placing pressure on greenfield sites for housing development.

The core rationale behind our remaining concern about the policy is twofold.

Firstly, the government appears to be labouring under the misapprehension that over complexity in planning law, built up over sixty years, prevents development. In reality, developers sit on a land bank of 330,000 plots with planning permission (National Trust estimate based on CPRE research) but are only building 124,000 homes per year (DCLG, 2010). This means that without any reform at all, there is just less than three years of development land available. The problem is not one of planning policy but one of demand and location. Demand is naturally depressed caused by our deepest recession since the 1930s. People aren’t buying houses because they can’t afford them. Much of the land that currently has planning permission will exist as brownfield sites because of previous requirements to prioritise such plots; a notable requirement that is now being relaxed. Shifting terminology from ‘requirement’ to ‘encouragement’ simply means it will be ignored. Property developers find it far easier and far more profitable to develop on more valuable greenfield sites.

Secondly, while in principle simplifying complex regulation built up over six decades sounds like a ‘good idea’, reducing carefully calibrated rules to high-level and vague statements of aspiration is a lawyer’s charter. That is to say, vague terms, encouragements and recommendations will need to be defined through case law. And, as in so many instances in the UK, those with the deepest pockets and, consequently, most expensive lawyers will ultimately win. Just speak to the many communities that have fought and lost out-of-town retail developments over the years.

The government believes, perhaps genuinely, that the pursuit of short-term profit for property developers and unfettered economic growth is synonymous with our long-term national interest and overall sustainability; the balance of economic, social and environmental priorities. But it is not.

We predict that large numbers of greenfield sites will be lost forever in the next few years and brownfield development will subsequently fall. Natural habitats and biodiversity will be destroyed along with the local authorities and communities trying to protect them in the courts by the very same large rapacious corporations.

Reforms to the planning system by David Cameron are ‘confusing’