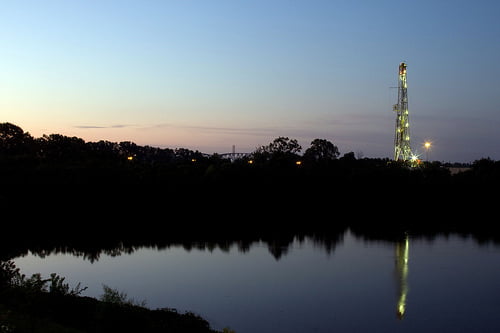 The controversial shale gas extraction method known as fracking could boost energy security but it is “too early to say” whether it will bring down consumer energy bills, according to a cross-party group of MPs.

In its latest report, The Impact of Shale Gas on Energy Markets, the energy and climate change committee sets out a number of recommendations to the government over fracking. It considers the impact on local communities, the economic benefits and how it will affect emissions reduction targets.

But the publication has been criticised by green campaigners, who say fracking is “incompatible” with tackling climate change.

“It is still too soon to call whether shale gas will provide the silver bullet needed to solve our energy problems. Although the US shale gas has seen a dramatic fall in domestic gas prices, a similar ‘revolution’ here is not certain”, said committee chairman Tim Yeo MP.

“If substantial shale resources do turn out to be recoverable in the UK – and community concerns can be addressed – then it could limit future energy price rises, reduce our reliance on imported gas and generate considerable tax revenues.”

Yeo added that the government had “dithered” on the issue for too long, and encouraged it to spur on companies to “get on and drill, to establish whether significant recoverable resources exist.”

Energy secretary Ed Davey gave fracking the go-ahead in December, despite concerns around seismic activity and groundwater pollution. The chancellor George Osborne also lauded its role in his budget statement in March.

Yeo added that ministers should be careful “not to base energy policy on an assumption that gas prices will fall in future as a result of shale gas production”. This comes after the government’s own climate advisers, the Committee on Climate Change, revealed in a 2012 report that consumer energy bills could end up being £600 higher because of inflated gas prices in the future, than if a low-carbon power system was adopted.

This argument has formed the basis of significant opposition from green groups following the publication of the committee’s report.

“In other words, the climate impacts on new fossil fuel developments must be front and centre of any decision on shale gas, not a secondary concern. Continuing this doublethink will lead to poor policy decisions.”

Meanwhile, Friends of the Earth energy campaigner Tony Bosworth described fracking as “dirty, unnecessary and a threat to our climate and environment”. He added, “It’s little wonder so many communities are in opposition.”

In an effort to swing the public’s perception of fracking, though, the committee’s report suggests that local communities “should expect to receive, and share in, some of the benefits of the development”.

A recent study revealed that fracking can cause earthquakes, but people can barely detect them, but previous research suggests that a more harmful link between the controversial activity and earthquakes does exist.