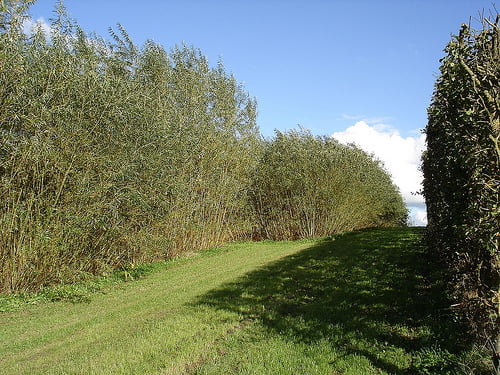 The Renewable Energy Association, the trade body for the renewables industry, has hit out at green NGOs who it says have been spreading “misinformation” about biomass use.

In a letter to Friends of the Earth, Greenpeace and the RSPB, chief executive Gaynor Hartnell writes how she is “deeply disappointed” with their stances on biomass (the conversion of chemical energy of recently living organisms into heat or light energy).

She adds, “Some of what has gone on recently is not output worthy of your stature.”

The REA’s action, which forms part of its Back Biomass initiative, comes after the three groups claimed the increasing demand for wood as an energy source was negatively affecting the environment. In a letter to the Times yesterday, the trio describe biomass as “reckless”.

Hartnell’s letter was sent to the three NGOs on March 18, and they sent the Times letter before agreeing a date to meet with the REA to discuss the issue.

She added that her organisation and the NGOs can agree on many things: the importance of renewables to the future of energy and out planet, for example. But she accused them of ignoring the science on biomass – particularly regarding claims that it’s “dirtier than coal”.

Speaking about the letter, Hartnell, who is set to feature in Blue & Green Tomorrow’s Guide to Limitless Clean Energy 2013, said, “I’ve fought battles alongside these NGOs for 18 years to promote renewable energy and combat climate change.

“I’m extremely disappointed to see organisations of this stature peddling pseudo-science that they must know doesn’t represent the real world of solid biomass supply.

“The UK’s energy consumers need to know the facts. They are facing rising bills, a need to decarbonise the economy and an impending shortfall in electricity generating capacity.

“We only have a few options that can provide cost-competitive, baseload renewable power, and are rapidly deployable. It’s time these NGOs told the truth and started to live in the real world.”

Sixty-four per cent of the public in a recent Department of Energy and Climate Change (DECC) poll said they were behind biomass development in the UK. While this is a significant majority, the figure is lower than other renewable technologies such as onshore (68%) and offshore (76%) wind, and solar power (85%).

It is, however, an improvement on the 61% that favoured the energy source when surveyed at the end of 2012.