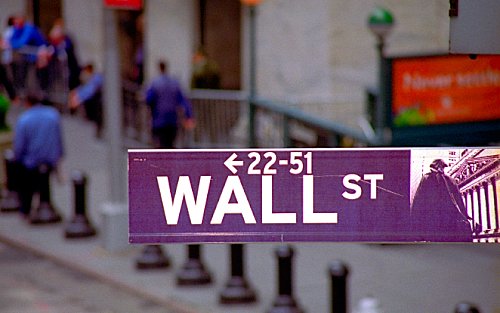 The Wall Street Journal yesterday reported on a sudden but short-lived fall in the US stock market. This is a powerful demonstration of how fragile financial capitalism remains.

The WSJ wrote, “A tweet purportedly from the Associated Press just before 1:08pm reported two explosions in the White House and that president Barack Obama had been injured. The posting sent the Dow Jones Industrial Average tumbling roughly 145 points in an instant.”

The stock market reacted immediately to a plot eerily similar to that of two Hollywood blockbusters, Olympus Has Fallen and White House Down.

Share trades are increasingly done automatically, at incredibly high frequencies*. Estimates put the volume as high as 50-73% of all US equity trading.

Share prices depend on sentiment, both positive and negative, and confidence, whether it’s rising or falling. The death/assassination or injury of the US president in his own home at the heart of the US capital would mean a certain amount of uncertainty and chaos; almost certainly war.

Investors tend to reduce their equity holdings at such times, as they are more volatile, and move their money into commodities that are less volatile. Economies, and economies at war, need raw materials.

Some bright spark identified social media as a good indicator of sentiment. Bad news often breaks first on Twitter. This includes news about companies. An explosion at the White House and injury to the president would create some pretty negative sentiment. It did, albeit briefly.

Automatic trading systems noticed the news of a White House attack and decided to dump stock.

Had there been a genuine explosion at the White House, the stock market would have fallen far more dramatically and for a longer period. Those who have sold first, before a crash, would be sitting pretty, able to sweep up lots of cheap stock. They reduce their loss and maximise their potential for gain.

Once AP issued a statement that their Twitter account had been hacked and the news was a hoax, the same high frequency process went into reverse and reversed the fall.

Many will argue this is a sign of the high frequency system’s resilience; some a clear warning sign of its vulnerability.

It should make policymakers and regulators pause for thought. If a determined and technologically able enemy wanted to hurt the US or other developed economies, tweeting negative rumours about companies might not be a bad strategy.

* Wikipedia defines High Frequency Trading as “the use of sophisticated technological tools and computer algorithms to trade securities on a rapid basis.” These trades are executed in micro-seconds (one millionth of a second).

Poll outlines bullish attitude among half of high net-worth investors